88 Years Ago, The Loch Ness Monster Was “Seen” For The First Time

It was exactly 88 years ago that the modern legend of the Loch Ness Monster was first created. Nessie, as the creature is known, is said to secretly inhabit the famous lake in the Scottish Highlands. The beast is usually described as a very large creature with a long neck and humps on its back, and a few pictures of this supposed Loch Ness Monster have surfaced since its first sighting. 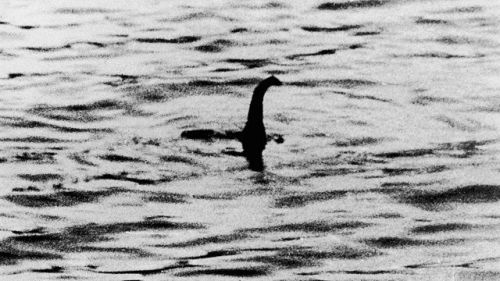 It all started when a local couple in Scotland claimed to have seen “an enormous animal rolling and plunging on the surface.” Their claim was originally published in the newspaper Inverness Courier on May 2, 1933, but it didn’t take long until London newspapers started sending correspondents to Scotland and circuses started offering a 20,000-pound reward for the capture of this alleged beast.

For decades, numerous people have kept a constant watch of the area and in the 1960s several British universities even launched sonar expeditions to the lake. The following years saw few, inconclusive discoveries – such as underwater photographs that vaguely resembled the giant flipper of an aquatic animal. It was only in 1994 that the most famous photo of the creature, taken in 1934, was revealed to be a hoax. Since then, tourists and locals still occasionally claim to have seen the legendary beast of Loch Ness.