Unfortunately, many animals in shelters that are in need of a good a home don’t always appear to be most the most desirable, often suffering from health complications or simply are no longer puppies – which is what most people are searching for. And that’s why those people who do adopt these poor animals in shelters are the real heroes, the ones without capes,  like Nikki Abbott, who rescued the life of an unwanted puppy, Emerson.  When Emerson was just six weeks old, he was left at a Florida shelter where he suffered from a variety of health problems, which lead him to become deaf.

Emerson, however, was a real fighter, and he managed to get taken to another adoption center together with the rest of his brothers and sisters. His siblings had no problems finding a home, but for Emerson, it wasn’t quite as fast of a process, considering the fact that he had lost his hearing. Emerson was in need of a very special forever home, and this couldn’t be given by just anyone. Thankfully, his call was heard when Abbott came across a posting online about Emerson.  Abbott was highly touched by Emerson’s story, especially he himself was also deaf. 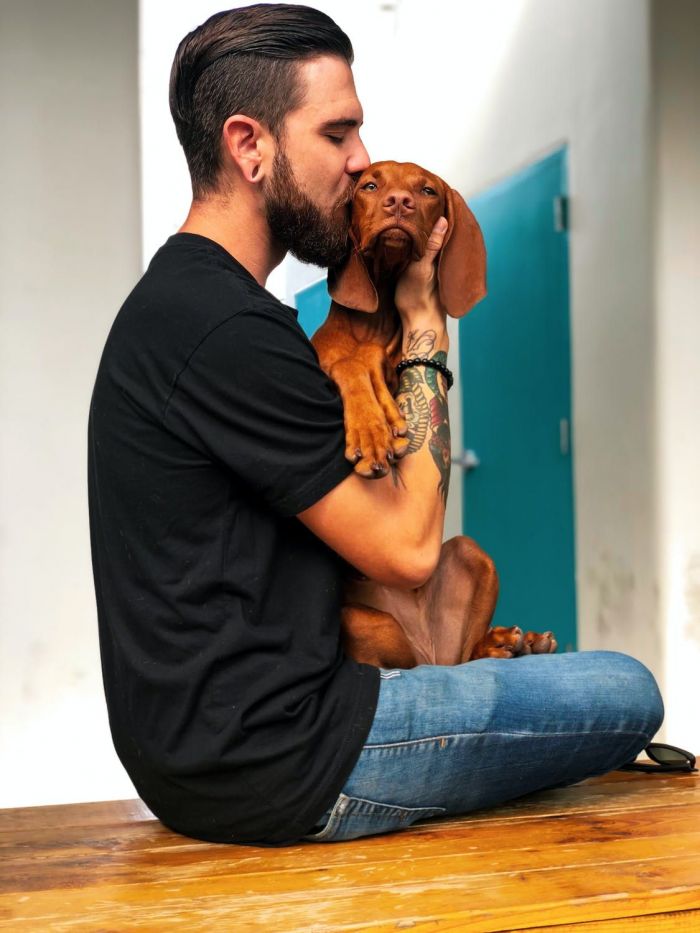 Abbott and Emerson were a perfect match from the first sight, sharing an undeniable connection with each other and a mutual understanding.  While no other dog in the shelter did, Emerson came right to his feet as he walked in the shelter. Within a day, the two completed the adoption process, making it official, and providing Emerson with the forever home that he deserves.  Today, Emerson and Abbott continue to enjoy their lives together, and Abbott has even started to teach Emerson some sign language! While Emerson may have had a rough start, thankfully, he got his happy ending, finding that perfect match for you, someone to love and care for him. And for Nick? Well, the affection and appreciation is of course mutual.