A Five Star Hotel For The Homeless

Not all heroes wear capes. This fact of life has been made even more obvious in recent times with so many incredible acts of kindness seen across the globe right now. The staff at the five-star upmarket Fownes Hotel located in Worcester, England are modern-day heroes after they insisted on keeping their establishment open despite lockdowns in order to offer free rooms to homeless people in need of a safe and comfortable place to sleep.  The hotel generally charges a rate of 155 pounds per night – but in times like these, things looked very different.

And what’s possibly even more heartwarming is the incredible sense of gratitude that these guests showed for themselves. The 45 guests of the 60 room hotel showed their appreciation for being given a free stay by doing all kinds of odd jobs for the hotel, helping around in any way that they possibly could, from cleaning the hotel rooms, gardening around the area, and even helping to build certain things in the property.  One homeless guest, Eddie Boult, admits that while part of him helped build a wall and patio at the hotel was due to boredom, a large part was also to say thank you after they really took good care of him. 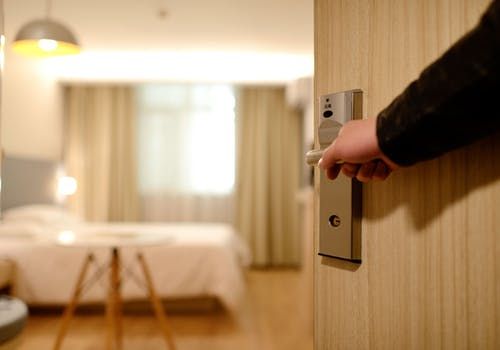 Another homeless guest of the upmarket Fownes Hotel, Peter Swimbourne has expressed that the actions of the hotel saved him and that it was the first time in his life that he was given the chance to sleep in a double bed. Other guests even expressed that they feel much healthier than when they first came in due to the excellent, high-quality food they have been offered during their stay. The upmarket Fownes Hotel has also been working together with a local charity for the homeless in order to organize a variety of workshops to help the homeless out even further, including secure accommodation in the future and even with managing their addictions.