A Forever Home For This Clever Street Cat

There’s no doubt about it – our furry friends are seriously intelligent creatures. Sometimes, even more than us human beings. And when it comes to stray cats, their intelligence is incredibly evident as they need it to fend for themselves and survive on the streets. But while they are capable of making the right moves, for the most part, it surely doesn’t mean that it’s easy and that they are not hungry.  One very special tailless cat in Mexico found his forever home by chance while he was on the search for some lunch. 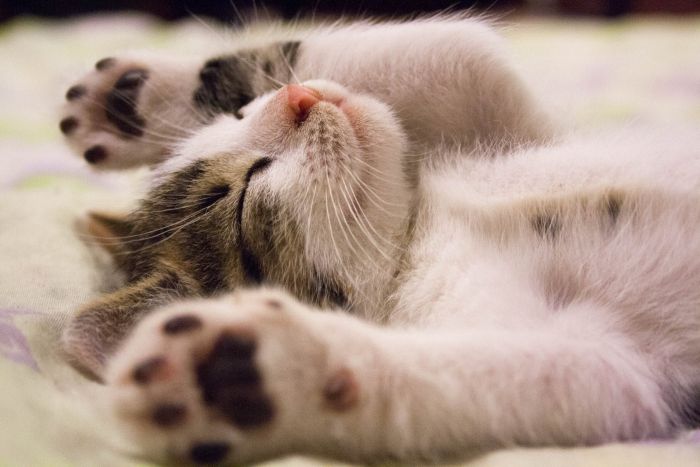 Tania Lizbeth Santos Coy Tova, a primary school teacher noticed a small stray cat waiting outside the grocery store in her neighborhood. After simply giving him a gentle pat, he decided to follow her inside the store! And somehow, within just a few seconds, the intelligent cat lead her to the animal food section, pointing exactly to what he wanted with his very own paws, causing Tania to both laugh and feel something powerful inside that she simply couldn’t ignore. We all knew that animals were smart, but this?! This is something that’s never been seen before, and it was obvious that this was not your average street cat.

Tania, of course, bought him the food he wanted but was also absolutely blown away by this cat. In fact, so much so that she actually decided to take him home and adopt him, giving him the forever home he always wanted and deserved.  Since he has no tail, Tania decided to name him Conejo, which is Spanish for a rabbit. Our smart and adorable little rabbit is now healthy and well, given the love and care he needs, and of course, the food he wants too without wandering through the streets to search for it.  Tania has also shared that her little rabbit has taught her some important lessons about love and respect.