As shocking and unbelievable as it may sound, as it turns out, one of our all-time favorite Hollywood classics, Mean Girls was actually released an entire fifteen years ago, on April 30th, 2004. The film has made its way into American pop-culture, and until today, has us all still saying that nearly everything in sight is so fetch and celebrating October 3rd as though it’s a holiday.  Here are some surprising facts about the movie, and where the stars are today.

The first interesting fact is that the storyline of Mean Girls is actually based off a book: Queen Bees and Wannabes: Helping Your Daughter Survive Cliques, Gossip, Boyfriends and Other Realities of Adolescence. Another surprising fact is that Regina George’s hair was actually a wig. Since Rachel McAdams was not able to fully bleach her hair to be blonde enough for her character, a wig from real hair was specially made for the actress. 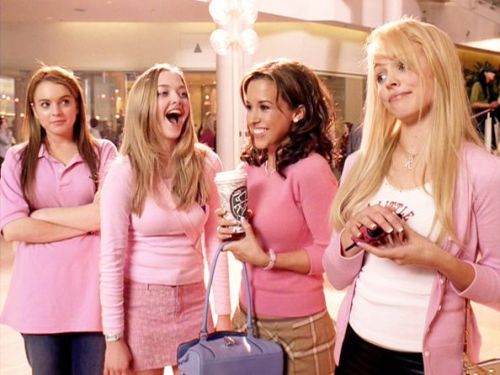 Another thing fans of the hilarious rom-com might not know about is the huge age gap between some of the film’s actresses. While one might assume that all four of the “mean girls” are around the same age, that is actually not the case. Rachel McAdams, who played Regina George, the classmate of Lindsay Lohan was somehow eight years older than Lohan and no one of us even noticed.

Lastly, and perhaps most interestingly, there was quite an interesting reversal of roles when it came to the casting of this beloved film. Lindsay Lohan was not initially intended to play the role of Cady, the new girl in town.  She was actually supposed to play Regina George – the ultimate queen bee of all the Mean Girls.