Amsterdam Has A Floating Cat Sanctuary

It’s a pretty well-known fact that most cats are not too fond of water. But apparently, they’re not afraid of floating on it, because around 50 cats are living happily on De Poezenboot, the world’s first and only floating cat sanctuary. De Poezenboot, which translates to “The Cat Boat”, was founded in 1968 by a kind-hearted woman named Henriette van Weelede. Today, the boat houses 14 permanent residents and many more who come for a temporary stay until they’re adopted. As the organization’s official website reads, “Most cats hate water. But ours learn to love living on it. After all, we have been keeping their feet dry since 1968.”

The story of this feline rescue boat started back in 1966 when Van Weelde found a family of stray cats seeking refuge under a tree near her home. Being the cat lover that she is, she decided to take them into her home. Pretty soon, another stray cat joined. And then another. Word must have spread in both the feline community and the human one because pretty soon, Van Weelde became known as “the cat lady”, and people started bringing her cats that they could no longer care for. Eventually, her home became too small to accommodate her growing brood of felines. So, she purchased a Dutch barge boat in 1968, fixed up the interior to make it cat-friendly, and the rest is history. 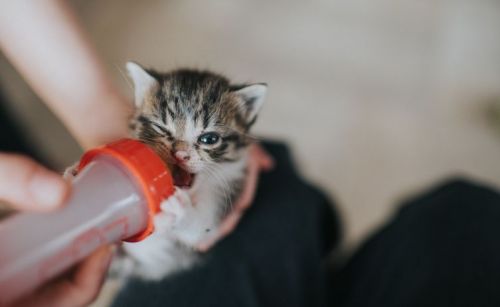 Van Weelde’s incredible act of kindness inspired many others to take action as well.  Not only were people coming to drop off cats who needed shelter, but they were also coming to take home cats themselves. Additionally, there were many offers from people who wanted to volunteer their time to help care for the cats. “Nobody back in 1966 could have dreamed that one mother cat and her kittens would begin what was now the world’s most famous cat sanctuary,” the De Poezenboot website reads. Today, The Cat Boat is open to visitors for a few hours each day. Throughout the years, their aim has remained the same: to help find loving homes for these cats and to provide quality care for them during their stay. However, it’s not that simple to take home a cat from the boat, as the adoption process is quite thorough. The sanctuary wants to make sure that each of these cats is not only adopted but is taken into a warm and loving family that will take care of them forever.

×
Top Food Apps in the USA
Need a meal? Check out these apps.
Andrew Parker May, 26
Inspiring
Share

×
Working With Kids With Special Needs
If you want to assist your youngster in thriving, techniques and mindsets must change.
Claire Miles May, 25
Inspiring
Share