An 11 Year Old Girl Writes The Mailman A Letter

Staying right home now is so difficult for many of us due to a lack of human interaction and connection. We are social creatures that are constantly seeking support and love from others.  But while we’re trying to socially distance to protect both ourselves and our loved ones, staying in touch and meeting those needs is now more of a challenge than ever before.  Well, you may remember a time in the world when people actually sent each other mail.  Yes, it was actually a thing that people didn’t. We didn’t only receive bills in the mail. Either way, one inspiring 11-year girl named Emerson decided to bring it back and make the most of the mail. 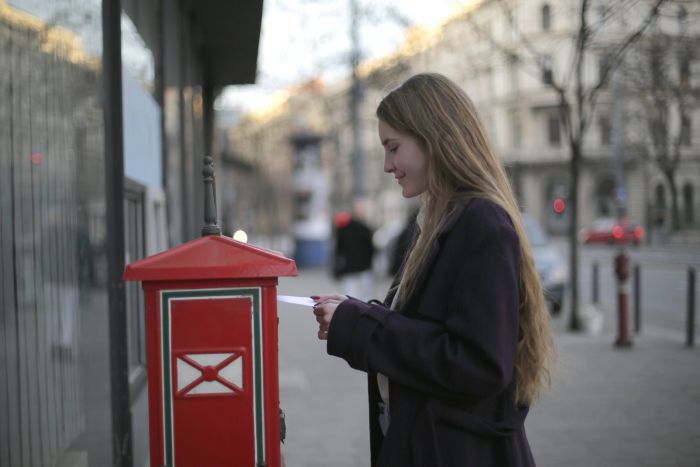 Emerson is known to be a serious letter writer and decided to send out letters to her closest friends and family that she cares about while home right now, bringing them joy even from afar.  Each of her letters is filled with love, humor, creativity, and color. Her letters also often include confessions about her love of Taylor Swift, as well as some adorable mentions of her little brother, and no shortage of questions to encourage a full letter back in return.

Emerson, however, didn’t take this opportunity for granted and realized that such an opportunity wouldn’t actually be possible without her local mail carrier, Doug, who is, of course, considered to be an essential worker that has to continue working despite the lockdown.  After coming to this realization, Emerson decided to write Doug a letter of his own too, to express her incredible gratitude to him. And in her letter to Doug, the mailman, Emerson made sure to include everything that she would generally write in her letters. Yes, even Taylor Swift, her brother, and the cute jokes.  But she also, of course, added some extra special words, such as the fact that Doug has been the very reason that she’s been able to stay in touch with her friends and family right now – and that he’s incredibly important to her life, especially since she doesn’t have a phone.