An article published in April 2021 has made a very bold statement in relation to the animal kingdom. According to Sasha L. Winkler and Gregory A. Bryant, animals can laugh the same way humans do. To get to this conclusion, the anthropology graduate student and UCLA professor analyzed the existing literature on animal play behavior in order to identify vocal play signs – which they comprehend as laughter. In their research, the duo found vocal play behavior documented in over 65 species. Some of these species include birds, dogs, foxes, seals, and even domestic cows.

Bryant explains: “This work lays out nicely how a phenomenon once thought to be particularly human turns out to be closely tied to behavior shared with species separated from humans by tens of millions of years.” And Winkler adds: “When we laugh, we are often providing information to others that we are having fun and also inviting others to join. Some scholars have suggested that this kind of vocal behavior is shared across many animals who play, and as such, laughter is our human version of an evolutionarily old vocal play signal.” 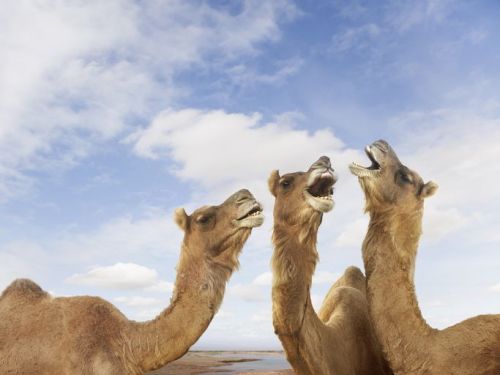 Before identifying vocal play behaviors, the researchers had to identify play behavior in each species. And as it turns out, we share more traits with some animals than we would ever expect. While primates have a “play face”, canines have specific “play bows”. Even though the concept of playing in the animal kingdom does resemble fighting, play sounds emphasize non-aggression during these physical activities.