Goldfish have bad memories. Cows have best friends. Camels store water in their humps. We hear all sorts of things about animals. Some are cool, some are funny, and some are just downright adorable. But how many of them are actually true, and which ones are just a myth? Don’t worry, we’ve got you covered, as we’re here to sort out fact from fiction. 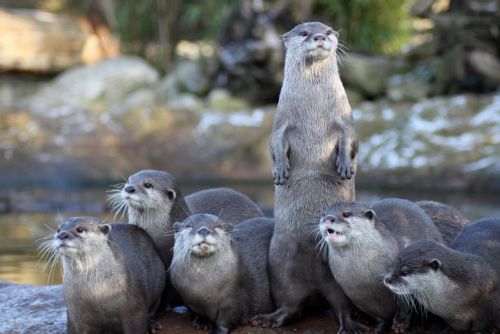 Studies have shown that goldfish actually have pretty decent memories. They can operate tiny levers, recognize their owners’ presence, and even associate sounds with food. As for camels, their humps are actually used to store fat, allowing them to survive days without food in the desert. But the one about cows is true. They will hang out with the same friend every day, and in fact, become stressed when they are separated from each other.

And did you know that rats and mice are ticklish, and they ‘laugh’ (i.e. lots of squeaking sounds) when you tickle them? Ostriches, on the other hand, are notoriously known to bury their heads in the sand when they’re scared or threatened. However, this is just a myth! Instead, they flop over and play dead. They do however dig holes as nests for their eggs.

Otters have to use rocks to help them open hard shells on their tummies. They also have a little pouch in their skin where they will store their favorite rock, sometimes for their entire lives. They’ll also hold hands while they sleep so that they don’t drift apart on the water. Seahorses, who mate for life, will also hold each other’s tails when traveling.

As if this isn’t endearing enough, some say that elephants think people are cute, in the same way that people think puppies are cute. As much as we want this one to be true, unfortunately, it’s not. And finally, scientists have observed squirrels adopting and caring for abandoned baby squirrels. However, the adult squirrel is more likely to adopt the abandoned baby if they are closely related.