The musical duo Beach House, hailing from Maryland was formed in 2004. The duo is headed by singer Lengrand and the multi-talented instrumentalist Alex Scally. The duo is known for its dreamy and sometimes ethereal melodies, now the duo’s most well-known quality. Beach House are Rock veterans at this point, releasing a whopping total of eight albums. But the duo delightfully blends Rock with Dream pop, with songs almost bordering on being meditative, so much so that you might dissolve into the melodies. We don’t know about you, but we’d gladly let that happen! 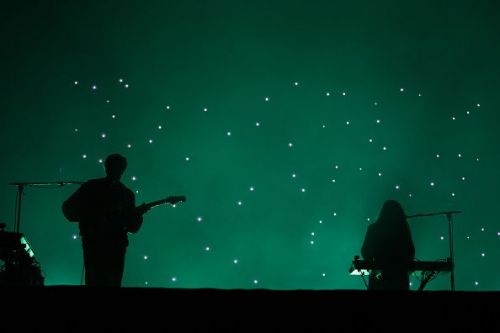 Beach House recently came out with their eighth album, Once, Twice Melody, and it stays true to its name, with gloriously lush melodies that may take you on a journey of bliss. Beach House have no intention of moving away from their classic genre, and why should they, when they’ve mastered it to such an extent. They stay true to their roots on this record, but manage to make it more intense, ravishing and luxurious. It’s something we can definitely get behind!

Beach House are masters of imagery, taking listeners through an arresting and vivid journey. Listeners are not only able to appreciate the lyrics but can also bask in the radiant landscapes the duo are able to paint through their songs. Their song “Over and Over” is a testament to their lyrical prowess. It is understated but hits the right chords of heartbroken listeners with its ballad-like qualities. In “New Romance” Beach House try to take the modern route, with a catchy, instagrammable chorus that would surely grab the attention of Gen Z-ers. The album tackles the themes of yearning in desire in classic Beach House fashion. The duo talks about starry skies abundantly in their songs, forming a distinct character of their own. The album is wistful and restrained and we recommend checking it out if you’re a fan of sweet-sounding, tuneful harmonies.