If you’re a fan of reggae music, you’re probably familiar with some of the songs of iconic singer Bob Marley. Actually, you’re probably familiar with Marley’s music even if you aren’t a reggae fan. Considered one of the pioneers of his genre, the Jamaican singer-songwriter left a huge impact on the world and remains a major influence on contemporary artists even many years after his death. Recently, fans were given a reason to celebrate, when Bob Marley’s official YouTube channel shared a wonderful surprise on their page: the singer’s legendary “Live at The Rainbow” concert from way back in 1977. Needless to say, the much-welcome post had reggae fans all around the world rejoicing. 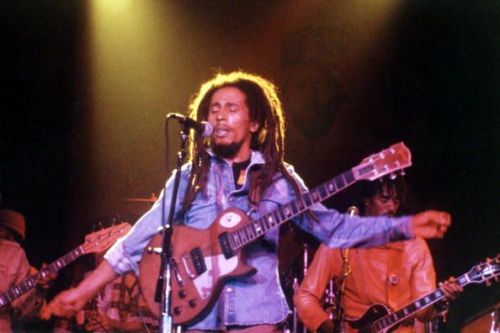 The “Live at The Rainbow” concert was the last of four shows performed at London’s Rainbow Theatre in June 1997. During the show, Marley and his band The Wailers performed a setlist of thirteen songs, including his hit singles like “I Shot The Sheriff” and the beloved track “No Woman No Cry.” The concert also included an eighteen-minute long encore melody composed of songs like “Jamming,” “Stand Up,” “Get Up,” and “Exodus.” Before this latest release by Marley’s YouTube page, fans of the singer were already able to access fragmented clips of footage from the show. However, this is the first time fans were able to view the performance in its entirety, as well as in high-definition quality. Furthermore, this surprise release has another significant benefit. When fans watch the concert, they will have the option of making a donation that will benefit those in the music community who were negatively impacted by the recent coronavirus pandemic. Any donation will be matched by Swedish music-streaming service Spotify via the Spotify COVID-19 Music Relief fund. up to a total of $10 million. The money will be donated to an organization called MusiCares.