Breaking the Ice with a Joke

Do you find meeting new people or silence a bit awkward? Well, you aren’t the only one. Many people can’t bring themselves to speak to new people or can’t stand the silence in a group. Luckily, you don’t have to feel weird. Instead, you can be the one who breaks the ice. Now, we aren’t talking about actual ice, unless you are in the North Pole that is. But we are talking about being the person who makes an awkward situation a little less awkward by cracking a joke or two. Don’t worry, you don’t have to be a comedian to do this. 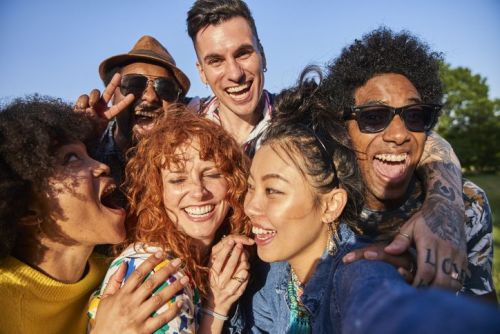 Firstly, we know how nerve-wracking it can be to sit in a room so silent that you can practically hear a pin drop or how shy you can feel being introduced to a group of new people. We have all been there before. But do you know what can make both these situations much better? A bit of comic relief. That’s right, no matter who you are surrounded by, everyone loves to have a good laugh. Now, yes, being the person who makes the joke can almost feel like all eyes are on you but that only lasts for a few seconds till everyone starts breaking out in laughter.

So what kind of jokes do you break out? Well, that depends on a few things. You see, everyone doesn’t have the same sense of humor and well not all jokes can be told to just anyone. So your first step would be to know to who you are going to tell the joke. Is it family members, work colleagues, friends, or simply people you just met? Knowing who your audience is will help you find the best jokes to tell. It will also help you to not offend anyone. With that said, if you are stuck on what jokes to tell simply go with dad jokes. Everyone loves a good dad joke from time to time.