While it’s of course always easy to stay within our comfort zones, where it’s safe and predictable for the most part, somehow, not everyone decides to take this path. The Seath family from London, England are clearly not the kinds of people who would rather stay put to avoid any risks or obstacles, which is why they sold their home, in preparation to leave everything they know behind. They’ve decided to do so in order to help save a coral reef system by launching the world’s smallest nature reserve.

The Seath’s, Barry and Karolina, together with their two adorable little girls decided to move to an island in the Seychelles that measures a meme 400 by 300 meters. Yes, that’s the size of the entire island, believe it or not! And they’re about to make it their permanent home too. The Seath family has already started a charity to raise funds for their efforts and have also started collaborating with biologists in the area in order to understand how they can best bring these coral reefs back to life after countless damage from rising sea temperatures. 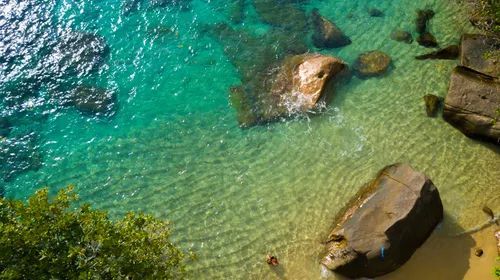 According to Barry, a former police officer and recruitment consultant, they really are just a normal family that felt the desire to make a difference in the world.  Throughout the years, Barry and his family were fortunate enough to travel to the beautiful islands of the Seychelles – and unfortunately saw the damage that was happening. They couldn’t ignore the fact that time after time, it was only getting worse and worse. And while they surely weren’t the only tourists to visit the islands on multiple occasions, they surely were the only ones to really do something so significant about it.  Building the farm is expected to take nearly three months and is expected to cost around £25,000 with the goal of growing as much as 10,000 corals annually. Amazing!