Oftentimes, people say that kids today just don’t respect the value of hard work. Well, despite all those cynical folk who think that this new generation doesn’t understand the meaning of an honest job, plenty of young people continue to inspire us with their aspirations and achievements. One such kid from Brooklyn is motivating people everywhere with his heartwarming story of success.

Meet Obocho, an 11-year-old boy from Brooklyn New York, who opened up his very own thrift shop for low-income families called “Obocho’s Closet”. The shop’s items include a variety of baby and children’s clothing and footwear, all of which are incredibly low cost – everything in the shop is under $10. Sizes range from 0-20, so there’s something for every child. 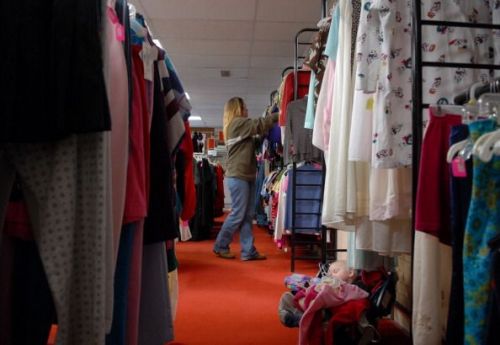 The CEO and president of his own company, Obocho launched the shop in April 2018, in honor of his 11th birthday. At the time, he wanted 8 toys from the Avengers Infinity War movie, but his mom couldn’t afford it after paying the bills. So, he decided to step up and earn the money himself, while giving back to the community at the same time. Some of the donated clothes are items from his own closet.

Amazingly, providing affordable clothing isn’t the only way Obocho gives back. A fraction of the profits from his store goes into a separate project the 11-year-old initiated, which provides free financial literary seminars and workshops to people in the community. The program helps people who want to learn about budgeting and credit development, as well as those who want to become entrepreneurs just like him. Hopefully, the world will see many more inspiring young people like Obocho.