Cats are one of the most popular pets in the world, with more than 74 million house cats in the United States alone. But according to a 2017 study published on Nature Ecology & Evolution, they were never truly domesticated. DNA analysis suggests cats have lived alongside humans for thousands of years without being considered domesticated and the only difference between a wildcat and a house cat is the stripes of the tabby cat. 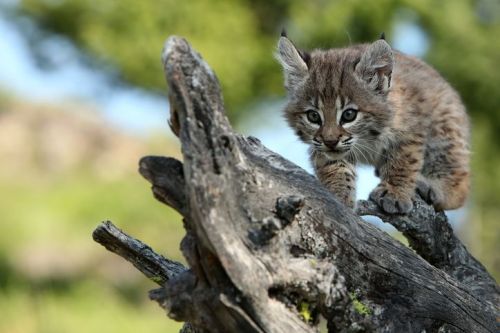 Analyzing more than 200 cats from the last 9,000 years, including ancient Romanian cat remains, Egyptian cat mummies, and modern African wildcat specimens, researchers found out that two major cat lineages contributed to the cats we know today. The first came from southwest Asia into Europe in 4400 B.C. and likely started living near farming communities where they created a mutually beneficial relationship with humans as their rodent patrol. The second lineage came from Africa and spread into the Mediterranean around 1500 B.C.

The tabby markings, which are the only genetical difference between wild and domesticated cats, started to appear back in the Middle Ages. But it was only in the 18th century that these stripes and dots began to be associated with domestic felines. According to Eva-Maria Geigl, co-author of the article, domestic cats look similar to wildcats but are not solitary like their wild relatives. She adds, “I think that there was no need to subject cats to such a selection process since it was not necessary to change them. They were perfect as they were.”