The 16th of June is World Sea Turtle Day, a time to celebrate and raise awareness of sea turtles. These majestic beings, who have been a part of the planet’s oceans for the past 110 million years, are an important component of marine ecosystems. The amazing tenacity and resilience that sea turtles exhibit in the face of a changing environment and climate make them not simply stunning animals. The following list of sea turtle-related facts is fascinating. 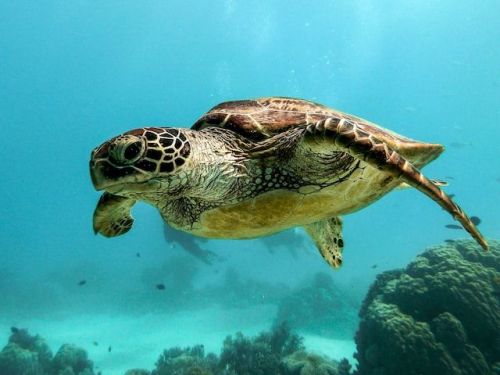 The flatback, the Olive ridley, the loggerhead, the green turtle, the leatherback, the Kemp’s ridley, and the hawksbill are the seven sea turtle species that can be found in every ocean in the globe. Sea turtles’ ages can be difficult to determine precisely, but research has shown that they live about as long as people do. Some marine species develop over two to three decades and continue to reproduce actively for another ten years. However, the most reliable estimate indicates that certain sea turtles can live up to 80 years.

Sea turtles are reptiles who breathe air and can also spend a lot of time underwater and even sleep there. They have a five-hour breath-holding capacity. They reduce their pulse rate to as little as nine minutes between heartbeats to conserve oxygen so they can stay underwater for a long time. Sea turtles can feel the Earth’s magnetic field and utilize it as a compass, giving them a keen sense of direction. The size of sea turtle species varies widely. The Kemp’s ridley is the smallest; it weighs 80–100 pounds and measures 20–30 inches. The leatherback, which may grow to be 6 feet long and weigh 2,000 pounds, is the biggest.