He is one of the highest-paid actors in the world, his journey to the big screen has not been filled with roses. Born Dwayne Douglas Johnson to a Samoan mother and a Black-Canadian Father, Dwayne was raised in a home with lots of successful pro wrestlers. He came from an ancestry of one. Young Dwayne lived in New Zealand before bouncing around schools from Hawaii, Tennesse, and Pennsylvania due to his father’s job as a pro wrestler. At 14, he was faced with eviction alongside his family from their Hawaiian home.

Caught up in a life of crime and delinquency, Johnson resolved to turn his life around through sports. As a six-foot-five, two hundred and ninety pounds defensive tackle man, he played football for the University of Miami, where he was part of the 1991 championship team. Injury derailed his football dream, so he turned to professional wrestling, where his father and maternal grandfather had already made names for themselves. 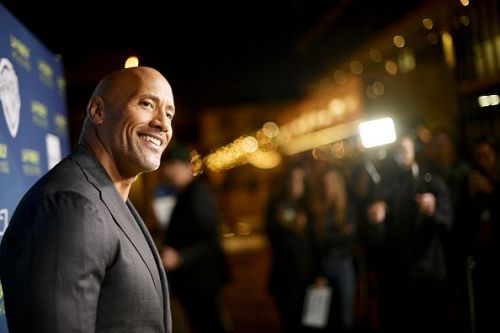 He first referred to himself as Flex Kavana to distinguish himself from his relatives until wrestling officials encouraged him to embrace his family legacy and call himself Rocky Maivia, a combination of his father and grandfather’s names. Eventually, he became simply the rock and went on to win title after title. His charisma in the ring won him the movie role in The Mummy Returns in 2001. The following year, the movie’s sequel had The Rock earn about 5.5 million dollars paycheck, a first-ever to be given to a first-time actor.

The subsequent Fast and Furious series propelled him to stardom. Johnson has become an international box office draw, with his films grossing billions of dollars worldwide. His career has also expanded into television with his successful series Ballers, the HBO series he helped create where he plays a lead role. He claims that the one secret to success is to “see yourself with your back against the wall and with nowhere else to go, forge forward.”