Chessboxing Is Not A Sport For Everyone

If you have never heard of chessboxing, don’t worry, this is a very unusual – and pretty new – sport. Combining the rules of chess and boxing, the concept of this hybrid sport was initially invented by French artist Enki Bilal for his comic book Cold Equator, then later adapted by Dutch artist Iepe Rubingh as an art performance in 1992. Eventually, it became a real competitive sport with two global governing bodies, the World Chess Boxing Organisation (WCBO and the World Chessboxing Association (WCBA).

The rules of the game are simple: contestants compete in eleven alternating rounds of chess and boxing. The first and last rounds of the game are always chess. Each round of the match lasts three minutes, followed by a one-minute break each. Just like boxers, chessboxers are divided into different weight classes: lightweight, middleweight, light heavyweight, and heavyweight. To compete in a professional chessboxing fight, athletes are required to have an Elo rating of 1,600 and a record of at least fifty amateur fights in boxing or similar martial art. 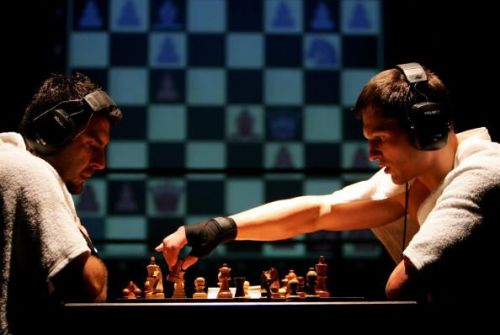 Interestingly, chessboxing has also been having an impact on the science world. Numerous leading scientists have been working on analyzing the potential application of the hybrid sport concept in different fields. Seeking to optimize athletes’ physical and psychological traits, some scientists believe chessboxing can be a great tool to increase human strength at the same time as it improves biomechanical and intellectual abilities.