Babka is a sweet bread cake that originated in Eastern Europe. Unlike most cakes, as the name would have it, this cake is made with yeast dough, often braided with sweet fillings such as chocolate, cinnamon, cheese and even fruit, and sometimes baked with a crumble topping. There are a few variants of this dessert, including a Kokosh cake, and the Hot Cross Babka which is served in some cafes in London around Easter. 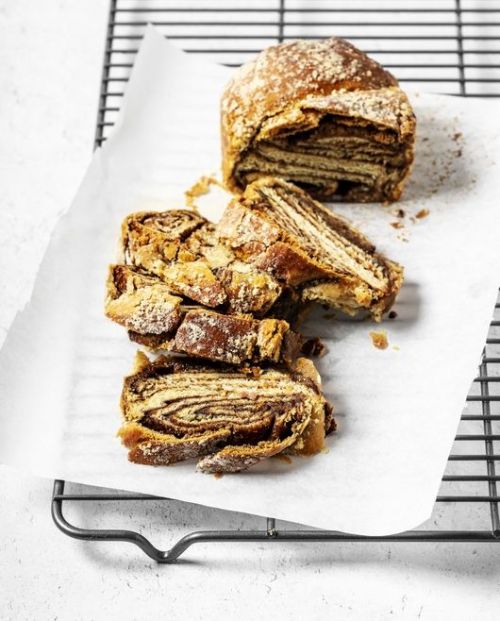 If you want to have a crack at making a Babka, we’ve got a great recipe that’ll produce delicious results that you can show off to your friends and family. For the ingredients, you’ll need 3.5 cups of flour, 1 heaped tablespoon of dry yeast, ⅓ of a cup of vegetable oil, 2.25 cups of white sugar, 2 eggs, 1 pinch of salt, 1 teaspoon of vanilla extract and an egg for brushing.

Using a mixer with a dough hook, combine the flour, yeast, oil, sugar, eggs, vanilla and salt. Let the machine mix the ingredients, and then knead the dough for around 10 minutes, until a slightly sticky dough forms, almost into a ball around the hook. With lightly floured hands, transfer the dough to a lightly floured bowl, cover and leave the dough to rise. After around one hour, check that the dough has doubled in size.

Using a knife, carefully cut each roll in half, lengthways, so that you’re left with exposed strips of chocolate and dough. Twist each half around the other, in a screw fashion, and transfer each cake into a loaf tin, and leave to rise again for another hour. Pre-heat the oven to 350F and brush the top of the cakes with the remaining egg. Bake for around 30 minutes until the cake becomes golden around the edges. Add a final touch to the baked cakes, by heating up 1⁄2 cup of sugar with ½ cup of water, and then drizzling the glaze over the cake.