We all have our favorite animals and those that we despise. Unsurprisingly there is usually a lot of common ground between us. Who doesn’t love puppies, or think kittens are cute? Dolphins, pandas, elephants, turtles, the list goes on. Even among the least loved animals, there are those that are more common. People are terrified of spiders and mice, or sharks and snakes. But what did these creatures do to deserve their bad reputation, and do they in fact deserve it?

The classic scene of someone screaming and jumping on a chair because they saw a mouse or rat, is quite amusing. For some reason, these rodents cause a fair few of us to be afraid of them. Maybe it’s because they’re associated with the plague, but these furry little creatures are actually quite shy and are highly unlikely to bite humans. Rats actually make great pets and have shown intelligence and bond with humans.

A lot of people are afraid of snakes, but did you know that only 7% are venomous, and only a third of those are fatal. The majority are actually harmless and have no interest in wasting their time on humans. As one of nature’s most feared predators, most sharks are also not dangerous to humans. Despite their reputation, of the more than 300 species only around 12 have been involved in human attacks. Sharks don’t naturally feed on humans, they’d rather feed on marine life instead.

Arachnophobia affects 3.5-6.1% of the world’s population. Sometimes hairy in nature, with multiple eyes and a large number of legs, it is understandable why some people might be afraid of spiders. But these misunderstood insects are actually extremely beneficial to our homes. They work hard to keep down the number of other more annoying insects like mosquitoes, earwigs and moths, and they can even help limit the spread of diseases carried by insects. 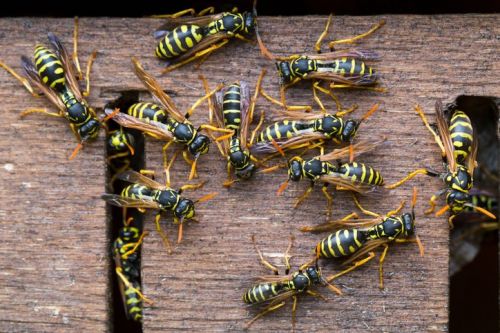 And finally, wasps. While some species are well known for their painful stings and seem needlessly aggressive, the majority of species are actually unable to stings humans, regardless of whether they’re venomous or not. Like bees, they help pollinate plants, and like spiders, also keep other insect populations under control. They act as a natural pesticide and protect our crops in the fields.