Cuisine From Down Under

Australian food has drawn interest from people outside the country since Paul Hogan asked everyone to toss a shrimp on the barbecue. And while we don’t hesitate to celebrate cuisine from other cultures, including curries, pizza, spaghetti, and gyros, what do we genuinely regard as our own? Discover the foods considered the most Australian in the following paragraphs. 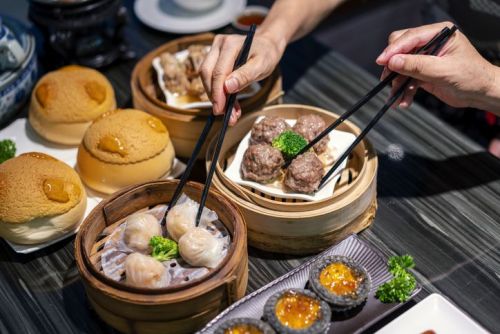 Dumplings known as dim sims are steamed or deep-fried and stuffed with cabbage, pork, other meat, and seasonings. Although the Australian version of Chinese dumplings is influenced by traditional Chinese cuisine, both in terms of the ingredients and the dish’s name, it differs from Chinese dumplings in size and thickness (they are larger and thicker than the traditional Chinese versions). A Chinese chef named William Wing Young devised the dumplings for his restaurant, Wing Lee, in Melbourne sometime around 1945. Dimmies are a friendly term for dim sum.

An iconic Australian dish that epitomizes the nation’s character is Aussie Meat Pie. While the western world enjoys eating pie for dessert, Australians have developed their pie form and incorporated it into their national cuisine. The ingredients for the Australian meat pie include cheese, ground beef, onions, sauce, and mushrooms. A unique sauce is added to these items to add the finishing savory touch. The signature condiment of Australian cuisine is vegemite. It is created using additives and unused brewer’s yeast extract. Since its introduction in 1922, Vegemite has grown to be a popular product all over the country. It can be eaten for breakfast, lunch, or a snack and is frequently served on toast.

Along with Vegemite and Aussie Meat Pies, the Department of Foreign Affairs and Trade lists Australia’s favorite dessert, Lamington, as an Australian icon. This fluffy sponge square is covered in chocolate and rolled in desiccated coconut. And, if you’re lucky, between the two halves, packed with a layer of jam or cream. Any Australian supermarket’s biscuit department is stocked to the gills with a wide selection of sweet and savory delights that we are proud to claim as our own. Among the well-known Australian biscuits include the classic Tim Tam, Wagon Wheels, and Anzac biscuit.