Working as a flight attendant is considered by many to be one of the most glamorous and desirable professions. While perhaps the life of a stewardess is somewhat over-romanticized, it’s clear from a quick look back in history that one element might have contributed a great deal to this fascination: the flight attendant uniform. Though it has changed over the years, it is consistently stylish and incredibly flattering. Have a look for yourselves and choose your favorite one.

This is stewardess Susan Curtis, modeling a new “tropical” dress for airline hostesses on British Airways. It’s hard to tell from the photo, but the colors are pink and blue. The new dress was the airline’s first major uniform styling change in 25 years, and we’re sure it looked even prettier in color. 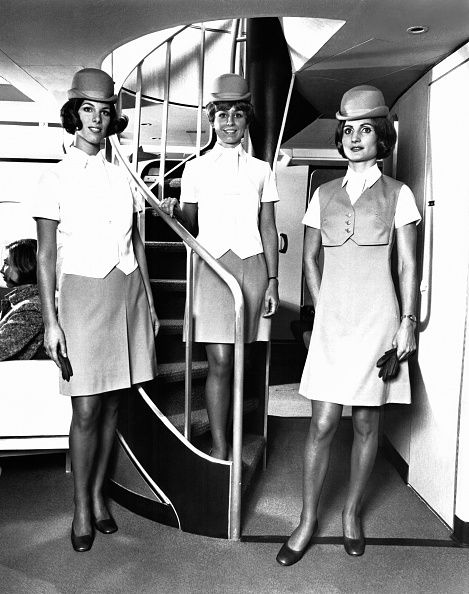 While not everybody had the money to afford a seat aboard a fancy flight like this one, it’s always nice to fantasize, this photo is the perfect advertisement for the high life and definitely makes us wish we were bumped to first class. You know what they say: luxury is a state of mind…well, more like a state of flight.

Service With A Smile 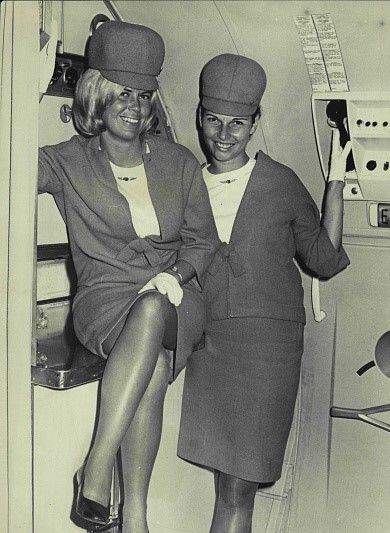 Isn’t it the best feeling when your flight attendant comes up to you just after you’ve woken up from a nap, and whispers in your ear, “complimentary drink?” Okay, obviously not all flight experiences are so great. But as mass travel only became popular during the late 1950s, flying was still quite a special experience, and service was on a whole other level. 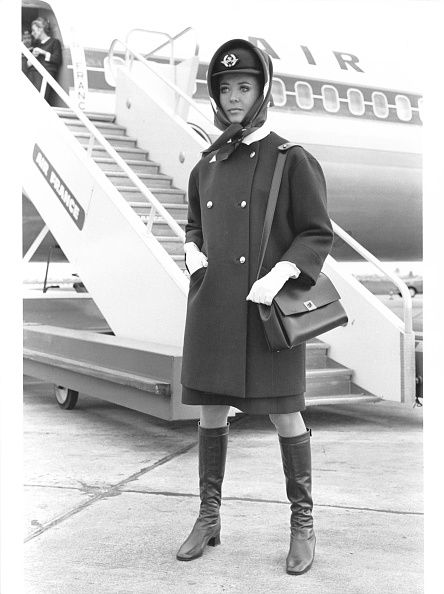 This woman is definitely ready for the below zero temperatures up in the blue skies. The photo of this Air France flight attendant was taken in 1969, back when gogo boots and headscarves were all the rage. She’s not exactly modeling the hippie-chic look of the times, but we’re loving the fashionable look anyways.