Desserts have been created in Japan for millennia, even before sugar became commonly available. Many sweets popular in Japan have a history dating back hundreds of years. Traditional Japanese sweets, called wagashi, are produced with materials like mochi and red bean paste. Nevertheless, many sweets and desserts can be traced back to the Edo and Meiji eras. Listed below are numerous seasonal and holiday-themed traditional Japanese desserts or sweets. Make sure to sample them because they are currently widely available and distributed throughout Japan. 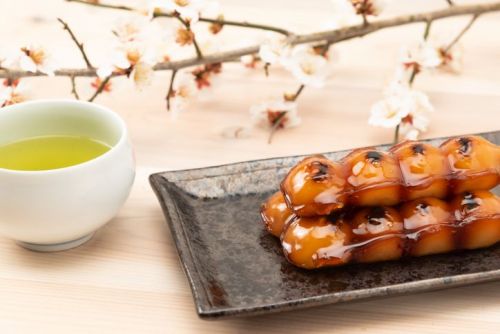 Cooked sticky rice, known as “Botamochi” or “Ohagi,” is topped with kinako, sesame seeds, or red bean paste (soybean flour). There are many ideas on the differences between the two, although they are frequently used interchangeably. It is known as Botamochi in the spring and Ohagi in the fall. Azuki sweet bean paste fills the flour-based fish-shaped cake known as Taiyaki, which is frequently eaten as a snack. It is commonly offered at most Taiyaki vendors during any winter celebration in Japan, generally served warm. Most people think that this sweet delicacy first appeared in Tokyo during the Meiji period, yet in 1976, Taiyaki shot to fame thanks to the release of the adored children’s song Oyoge!

In Japan, a common variety of dumplings is called Dango. Simply looking at it will make you want to try it right away, but if other people get a hold of it before, you may not be able to. You don’t need to be a fan of Japanese cuisine to check it out because it’s so easy to cook. Yomogimochi is a dessert made of mochi with young mugwort shoots, which gives it a green color. Typically, it is a springtime treat; preparing it throughout the year, new sprouts are instead cooked and dried. Another known wagashi is Monaka, consisting of two delicate mochi wafers encased in an azuki bean jam filling. The wafers come in various sizes, colors, and forms and are crispy, dry, and slightly sweet.