One of the first things we notice when we look at something is its color. Everything has different colors, and each one has the ability to tell us an important message. When we see red, white and blue we’ll often associate them with the Fourth of July, or if we see orange-colored candies and foods, we might associate them with Halloween or fall. But it’s not just holidays that have their own colors. Research has also shown that colors have a psychological impact on our perception of taste.

As humans, we learn our associations from adults when we are young, or through learning and experimenting as we get older. But some animals are born with instincts for different colors. There are certain plants and insects that present yellow and black colors together, giving off a hazardous impression that they’re poisonous (whether they are or aren’t), thus fending off predators, who instinctively know to avoid them.

While with some insects such as butterflies, bright colors are used to ward off predators, with flowers, they are often used to intentionally attract bees to pollinate them. Interestingly enough though, not all colors are equally abundant in nature. In fact, blue is one of the rarest colors in nature. Colors are often used for mating purposes amongst animals. Male peacocks show off their bright feathers to attract the females, and some male birds even change color during mating season.

Out in nature, different colors have different associations and meanings too. Many animals and fish have distinctive markings to allow them to camouflage into their surroundings and avoid being eaten by their predators, such as the spotted coats of baby deer. Others, however, have camouflage that allows them to skulk in the shadows without their prey noticing their presence such as the spotted coats of adult leopards. 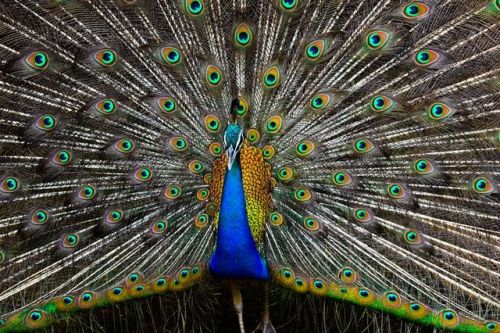 If animals and fish are clever enough to judge a food by its color, then it shouldn’t come to us as a surprise that as humans, we do the same. And just like animals might be wrong, and are often fooled by nature’s trickery, so too, we can get fooled by not just the appearance of things, but also the color. Red might not always be sweet, and yellow might not always be sour. Something to think about the next time you buy a new candy!