Do Animals Feel Happiness and Sadness?

Have you ever noticed your dog looking more lively than usual? They seem to be having more fun in the sun and your game of fetch has been stretched much longer. Or do you ever notice that your cat is eating less than usual? All these behavioral changes in your pets and animals, in general, is because they can feel emotion, such as happiness and sadness, and these influence their behaviors! 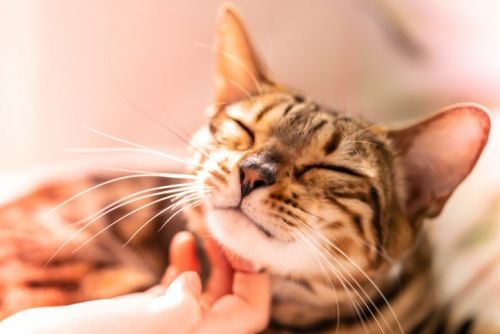 In fact, the truth is that animals feel more emotions than just happiness and sadness. They are complex creatures who experience a range of emotions from empathy and confidence, to jealousy and aggressiveness. Many believe that these emotions are only reserved for humans to feel but the reality is far from that. Animals also feel similar emotions and these can be documented in many instances observed by people who closely interact with animals.

According to National Geographic, an old woman who couldn’t see well once got lost in the wilderness. The next day, she was found safe since elephants who found her were guarding her against any potential dangers. They surrounded her with branches, which formed a room of sorts. This illustrates that the elephants empathized with the woman and ensured she was away from harm’s way.

As for many animals, their emotional states are easily recognizable. You can see it on their faces and in their eyes. It can even be observed in the way they walk and sit, generally in the way they carry themselves. Moreover, their emotional states can also be gauged by alterations in their facial expressions, eye size and gaze, and their muscle tone- much like human beings.

Scientific research shows that primary emotions are wired into the evolutionary old limbic system, which as coined by Paul MacLean in 1952 is known as the “emotional” part of the brain. These structures in the limbic system are present in many species and provide a neural substrate for primary emotions!