Earworms: Why Do We Get Songs Stuck In Our Heads?

Everyone gets songs stuck in their heads. Sometimes, it’s a jingle from an ad we haven’t heard in a decade. Other times, it’s a song that we played on repeat the day before. The context may change, but the feeling is the same. It’s like an itch we can’t scratch. Something we can’t control.

Basically, when we listen to a song, our auditory cortex is triggered. This is the part of the brain that processes auditory information and performs basic and high functions in hearing, such as recognizing the pitch of sounds. This means that once we memorize a song, whenever we hear a single part of it, our brain will automatically try to fill in the rest over and over again. 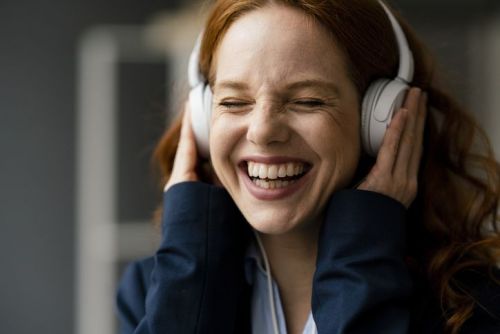 Researcher James Kellaris from the University of Cincinnati College of Business Administration defines the feeling: “[Earworms] seem to repeat themselves involuntarily inside the mind of the hapless victim.” His study, Dissecting Earworms: Further Evidence on the ‘Song-Stuck-in-Your-Head’ Phenomenon, proves that nearly 99% of people are prone to earworms, but some people are more susceptible than others. According to his research, these people are women, musicians, and those who are stressed or tired.

Although there is no scientifically proven way of getting rid of an earworm, there are some tricks worth trying. Singing or playing a different song, listening to the song all the way through, or distracting yourself with an activity such as working out can help you forget the song you have stuck in your head.