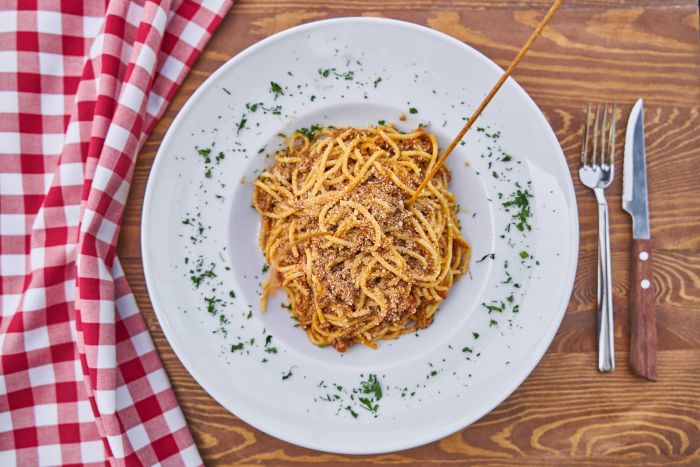 The controversial rapper has just released a new album and hosted a very non-traditional promotional event.

For years, fans of Eminem have made hilarious references to his ‘Lose Yourself’ track, specifically the line about getting sick in the bathroom before a rap battle, and consequently vomiting up ‘mom’s spaghetti’.

Well, the Detroit native recently hosted a promotional event in his hometown, which consisted of a popup restaurant appropriate called “Mom’s Spaghetti”.

Fans managed to consume over 100 pounds of spaghetti in the first three hours alone! We just hope that no one ended up with ‘vomit on his sweater already’.

You're gonna lose yourself in the moment eating Eminem's Mom's Spaghetti… ?

Posted by LADbible on Wednesday, December 27, 2017