Often used to celebrate the 4th of July and New Year’s Eve all around the world, fireworks have the power to make any event become more festive. If you have ever wondered where these colorful poppers come from or how they get their different colors, keep reading. 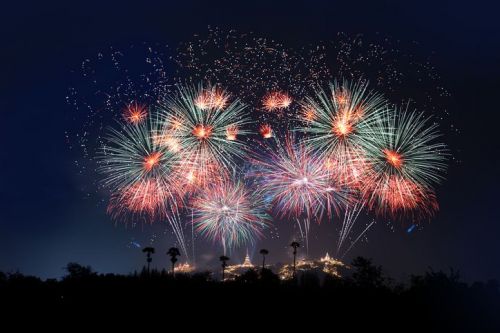 According to the American Pyrotechnics Association, many historians believe fireworks were developed in the 2nd century B.C. in ancient Liuyang, China. Back then, these natural firecrackers were made of bamboo stalks that would pop when thrown in a fire. The tiny explosions were due to the overheating of the hollow air pockets inside the bamboo.

Then, between 600 and 900 C.E., someone poured a mix of potassium nitrate, sulfur, and charcoal into bamboo sticks – creating the first man-made fireworks. In the 13th century, fireworks made their way from China to Europe, and by the 15th century, they were already widely used for religious festivals and public events. 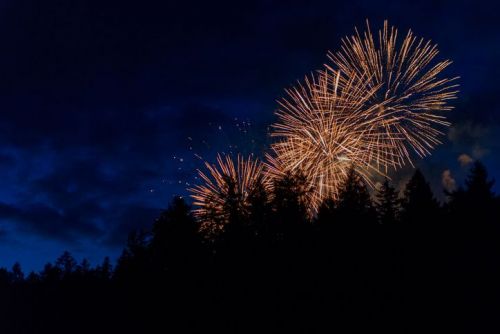 Basically, fireworks are composed of a mortar, a fuse, propellant powder, a shell, a bursting charge, and pellets. Lighting the fuse fires the shell out of the mortar and into the air. In mid-air, a time-delay fuse triggers another explosion and the bursting charge releases the pellets, which contain metallic compounds. These metallic compounds are what make fireworks have different colors: magnesium, for example, is white, while copper is blue and sodium is gold.

But you might still be wondering how some fireworks change colors in mid-air. Pellets can be coated in multiple metal salts: so after burning through the outer layer, the second layer is ignited displaying a new hue.