Whether you love it or loathe it, fast food is widespread. Worldwide, the popularity of fast food has been rising significantly. Therefore, it should be no surprise that the fast food sector has grown to be a global $1 billion industry. The fact that all the biggest fast food chains in the world are American may not surprise. However, American fast food chains are no longer only present in the domestic market. At this point, they have reached every country in the world through their franchise system, making fast food a widely accepted form of cuisine.

You likely think of McDonald’s first when you consider fast food. McDonald’s can be viewed as a pivotal contributor to the globalization of the fast food industry in many ways. Maurice and Richard McDonald, American brothers, founded the first McDonald’s in California in 1940. The company rapidly spread throughout North America and introduced a wide range of ground-breaking goods and services that are now essentials in any contemporary fast food establishment. Eventually, McDonald’s reached practically every country globally and became the very image of globalization. 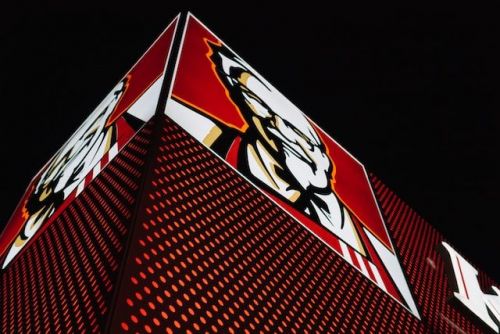 This international fast-food franchise is also one of the oldest still operating restaurant chains. They are known as Kentucky Fried Chicken(KFC), founded by Harland Sanders, an American, in 1930 Kentucky. Sanders became the most valuable and effective spokesperson for his chain of chicken restaurants. The KFC brand continued after Sanders’ death in 1980 and spread well beyond its locale and the U.S. KFC might be the only international company whose logo features its founder. Customers claim that the herbs and spices in the restaurant’s special chicken coating are what keep them returning for more.

Domino’s is a well-known restaurant chain with more than 11,000 locations across 70 countries. According to the statement, they are spreading “the love of pizza” across the globe. Domino’s continued expansion is fueled by foreign markets, where they continue to deliver the same pizza with the same rapid assurance. The only difference is that you might have access to more unusual topping choices.