Mathematically speaking, the Fibonacci sequence is a sequence of numbers where each one is the sum of the two preceding numbers i.e. 0, 1, 1, 2, 3, 5, 8, 13, 21, 34, … Fibonacci numbers have been seen to appear quite often in mathematics; there is even a journal, the Fibonacci Quarterly, that is specially dedicated to their study. This phenomenon is not just a theoretical mathematical construct, but it appears in biology and nature – and exists all around us.

The most easily identifiable example is the spiral. The spiral starts with a rectangle made up of 2 squares, in each step, a square with the length of the rectangle’s longest side is added to the rectangle (like with the number sequence), and so too, a spiral forms. We see this spiral appear in all sizes, from the seashells that line our beaches, to the pattern of a storm, to the formation of the very galaxies that make up the universe. 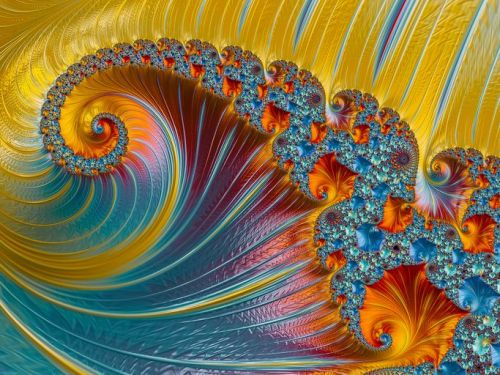 The seeds of the sunflower make up a pattern that follows the Fibonacci sequence, resulting in the same spiral formation. This is because it allows for the maximum number of seeds to grow, thus using the space most efficiently. And speaking of flowers, others such as roses, buttercups, lilies and daisies are all considered Fibonacci flowers. This is because their petals grow in accordance with the sequence.

We see the pattern appear over and over; the flowering of artichokes; the arrangement of a pine cone; the fruitlets of a pineapple; the Romanesco cauliflower; and the arrangement of leaves on a stem. Even the way trees grow and branch off again and again, the Fibonacci numbers are there. Another amazing example is the family tree of the honey bees. According to the bee ancestral code, all male honeybees have one parent, while females have two. The result is that the levels in the family tree of each male honeybee represent a Fibonacci number.