We often think of animals as completely different than us. Technically speaking, we are different species but so are all animals. Yet there are still similarities between different species, take cats and dogs for example, or mice and guinea pigs. So too, there are many animals that have things in common with us humans, and some of them are not what you’d expect.

Scientists have shown that dolphins have ‘names’ for each other. These marine mammals will use a unique whistle to identify one and other. They are also quite heroic creatures, and have been known on a few occasions to help save humans who are drowning. On a rather different note, macaques (a type of monkey) in Japan, have learned how to steal wallets and purses. They use the coins to buy snacks and drinks from the vending machines! 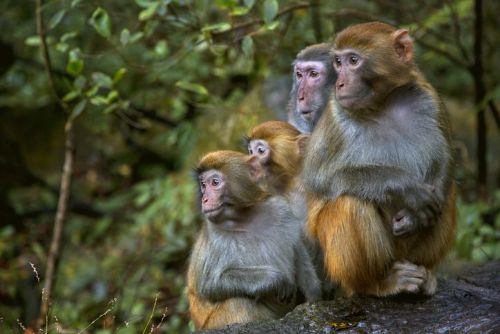 Goats, bats and whales are known to adjust their vocal sound in response to a social environment. Translation: they, like us, have accents. On the other hand, some think that giraffes have no vocal cords. But they’re not the only animals that are lacking, an ostrich’s eye is bigger than its brain, and elephants can’t jump! Moving on to crows, research has shown them to be pretty smart, but it might come as a surprise to find out that they’re smart enough to actually play pranks on each other. That’s right, crows are pranksters. Did you know that a group of crows is called a ‘murder’ of crows? Pugs on the other hand, are called a ‘grumble’ of pugs.

They say the human fingerprint is unique; each person has their own set. A dog’s nose is the equivalent of this. Their nose prints each have a unique pattern of ridges and creases and can be used to identify them. While we’re on the subject, koalas have fingerprints indistinguishable from ours. On the odd occasion, they have even been confused at crime scenes.