On pizza, pasta, or cheeseburgers, cheese has the power to take our dishes to the next level. One of the oldest foods in the world, it is believed to have been invented when animals were domesticated and humans started milking them. Without a fridge, the best way to conserve milk was to turn it into cheese. Here are some other fun facts about it. 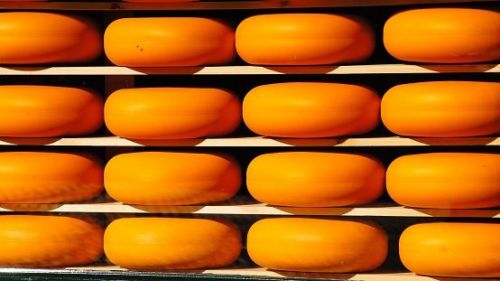 Made by Erik Acquistapace, Sarah Kaufmann and Kerry Henning in November 2018, the largest cheese sculpture weighed 3,121 lb. It was created from a single block of aged cheddar cheese and featured an alligator wearing a chef’s hat while frying a turkey.

The most expensive cheese in the world costs about $600 for a single pound.

The most expensive cheese in the world is a Serbian type of cheese called Pule. It is only produced by a single farm in the Zasavica Nature Reserve and making it requires about 2.5 times more than it would take to make mozzarella. Made from 60% Balkan donkey milk and 40% goat’s milk, a single pound of Pule cheese costs about $600.

The world’s oldest edible cheese can be aged up to 18 years.

While it is common to find aged cheese for sale, it is usually a 24-month aged Parmigiano-Reggiano or an 18-month aged Gruyère Vieux. When it comes to Bitto Storico, however, it can be stored for up to 18 years.