Dogs are such amazing creatures we just can’t get enough of them. There are a lot of amazing facts about dogs that we may still not know and may even be surprised to learn about. Did you know there is scientific evidence that dogs are as intelligent as a two-year-old? No wonder they seem so closely connected at this age. Another fun-packed fact is about the Saluki breed. Appearing in the ancient Egyptian tombs in 2100 BC, the Saluki is renowned for being the oldest breed of dogs.

Did you know your dog could pick up on your feelings? This is due to the fact that a dog’s sense of smell is a hundred thousand times greater than that of a human being. As humans, when we fear something, we sweat, and dogs have an incredible ability to detect this change. 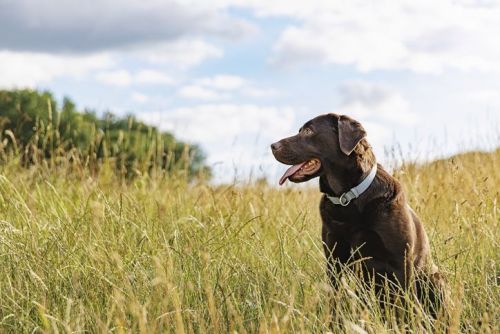 Have you ever wondered where spiked collars came from? Well, we have the answer for you. Spiked collars originated from ancient Greece. They were used to guard the dogs’ throats against wolf attacks. Another mind-blowing fact is that dogs have three eyelids – yes, three eyelids, you read that right! The third eyelid, which is known as ‘haw’, serves to lubricate the eye.

On October 4, 2011, the famous great Dane Zeus, 44 inches tall, was recognized as the tallest dog in the world according to Guinness records. He remains a world record holder. And last but not least, dogs sweat. Yes, they do. Dogs produce a pheromone which is an oily substance that we don’t spot. The only place where dogs do sweat like us is on their paws. For this reason, you must always ensure that your dog is cool during those hot summer days.