Giant Pandas Are No Longer Endangered in China

On July 7th, Chinese conservation officials announced that giant pandas are no longer considered an endangered species in the country. As of 2021, there are 1,800 giant pandas living in the wild. Chinese officials believe that this population increase is related to the numerous conservation initiatives that have been taking place in the country for the past few years. Maintaining nature reserves in China has helped other species, too. Animals such as Siberian tigers, Asian elephants, and crested ibises have also seen a progressive increase in population numbers.

Giant pandas are now considered “vulnerable” in China. However, in the rest of the world, this has been their status since 2016 – when the International Union for Conservation of Nature removed them from its list of endangered species. At the time, China challenged the decision, claiming, “If we downgrade their conservation status, or neglect or relax our conservation work, the populations and habitats of giant pandas could still suffer irreversible loss and our achievements would be quickly lost.” 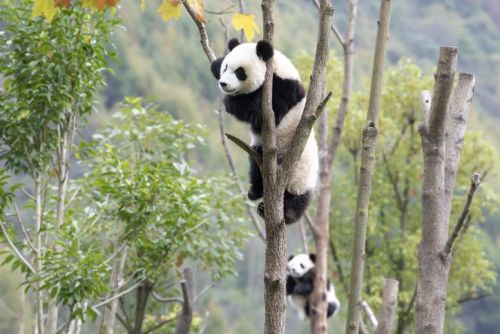 In response to the inspiring announcement, World Wildlife Fund’s Vice President for Wildlife Conservation issued a statement: “China’s successful conservation of giant pandas shows what can be achieved when political will and science join forces. Continuing these conservation efforts is critical, but we need to stay vigilant on the current and future impacts climate change may have on giant pandas and their mountainous forest habitat.”