Fans of English-Irish pop band One Direction are probably going to tear up at this touching tribute. Recently, members of the band shared some of their favorite One Direction moments to commemorate ten years since their formation. The boy band formed in London, back in 2010. Today, it has been a decade since their memorable performance on the UK talent show, The X Factor. Interestingly, each member had entered the talent show as a solo act, but eventually, they wound up joining forces and creating the band we now know as One Direction. Coming in at number three on the show, the band went on to become one of the most successful and beloved boybands in the world, and in history.

Harry Styles is one of the One Direction members who has reached out to fans with a touching tribute to the band’s legacy. Writing on his personal social media page, Styles expressed the mix of emotions he’s been feeling regarding this momentous occasion.  The star tweeted, “I’ve been struggling to put into words how grateful I am for everything that’s happened over the last ten years. I’ve seen things and places that I’d only ever dreamt of when I was growing up.” He continued adding, “I’ve had the pleasure of meeting and working with some of the most incredible people, and gained friendships that I know I will treasure for the rest of my life. None of this would be possible without the support you’ve given along the way.” Styles added, “And for that, I will be forever thankful. I just can’t believe it’s been ten years. Thank you to our crew, our team, and everyone else who helped us along the way.” 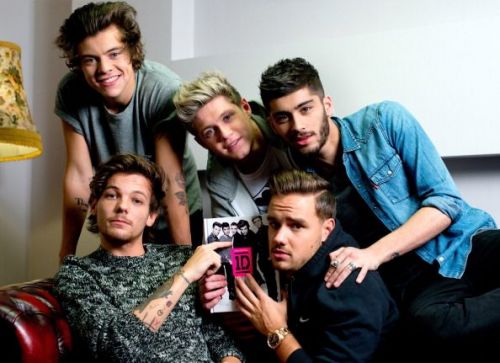 The singer went on, addressing his many fans towards the end of his touching tweet. “To all the fans, I love you, and I thank you with all my heart. You did it all, and you changed everything.”One Direction are no longer together but their fan base remains strong.” Styles ended off the long post with a special message to his fellow band members, writing, “And finally.. to the boys, I love you so much, and I couldn’t be prouder of everything we achieved together. Here’s to ten. H.”