How Coffee Came To Be Everyone’s Favorite Drink

We all know how coffee and tea has been a major component of most people around the world. Many people can’t even begin their day without having a cup of coffee. This is because the amount of caffeine in coffee helps them to activate their minds for the day. This article talks about the origin of coffee and the process to drinkable coffee. 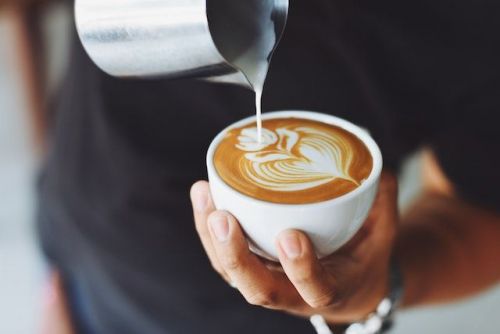 There are many stories about the discovery of coffee but one famous excerpt is by a man named Kaldi who owned a lot of animals at his farm. He noticed that when his goats ate the fruit of a certain tree, they remained highly active and even didn’t sleep at night. He then reported the findings to the monastery and made a drink out of the tree. He noticed that the drink kept him fresh through the evening. His story got pretty famous and reached the Arabian peninsula after which the coffee beans spread throughout the world. As coffee reached Arabia, the beans were grown all over the place. People in Arabia were highly enthusiastic and this drink spread all over houses and coffee places. They called it qawah khaneh. Coffee places came into being and they were known as “Schools of Wise”.

During the 17th century, coffee did make an appearance in Europe. The idea of coffee houses was already present in Arabia, so Europe ensured that they were quick to receive the idea. This meant that coffee houses became a place for socializing. They were known as discussion places and important thinkers and influencers had coffee. Finally coffee was introduced in America which meant that it had taken the world by a storm. Travelers and traders were the pioneers in spreading coffee plants throughout the world. Many countries began their plantations and this drink became known as the “drink of the civilized world”.