How Does Salt Get To Our Tables?

Salt is an incredible ingredient; it adds depth to dishes and brings out the flavors of any given dish. It helps combat bitterness and enhance elements, and is also often used as a preservative to help food last longer. Without it, life would be bland, there’s no doubt. But what is salt? Where does it come from, and how does this condiment make its way onto our tables and into our foods?

All salt is a compound known as sodium chloride, and the source of it is actually the sea. The most common method of salt production is via hydraulic mining. Over time, ancient bodies of seawater have dried up and left behind something known as salt deposits. Water is pumped below the Earth’s surface to dissolve these deposits, thereby gathering them and washing them, and creating a salt brine. This is then pumped back to the surface and the salt solution is then evaporated under vacuum, leaving salt crystals. 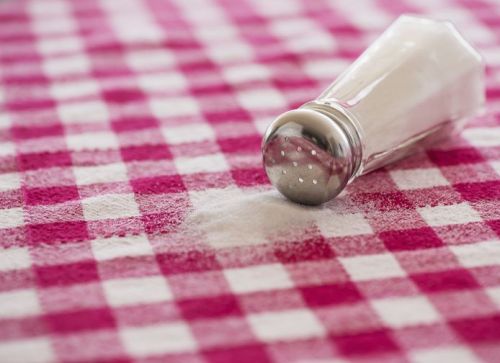 Similarly, ‘rock salt’ is also sourced from these layers beneath the surface of the Earth. However, rather than forming a salt brine, it is extracted via deep-shaft mining, often with the use of dynamite. Another, less common method of harvesting salt, is by drying out seawater directly from the ocean. This naturally happens in sunny places when shallow ponds and bays dry up. This method produces what we would refer to as ‘sea salt’.

The salt crystals are then sent along to a manufacturing plant where it will either get packaged as is, or it’ll undergo some modifications. To form table salt, the crystals are further processed, stripping it of any contaminants or other minerals. Other supplements such as anti-caking agents are often added, meaning the resulting table salt is about 98% sodium chloride. It may also be iodized in order to help with iodine deficiencies.