Ice Cream Preferences Are Based On Personality

Have you ever thought about what your ice cream preference says about your personality? Probably not, other than the fact that you’re the kind of person with great taste and a serious passion for really great food, right? Yeah, don’t worry, we’re with you on that one. But a recent study was conducted on 2,000 adults by OnePoll together with Breyers, in order to see if there’s actually any personality differences when it comes to ice cream flavor preferences. The study was conducted on Americans only, and of course, couldn’t cover every possible ice cream flavor out there, but got the basics down, including chocolate, vanilla and strawberry. So what did the study conclude? Good question! 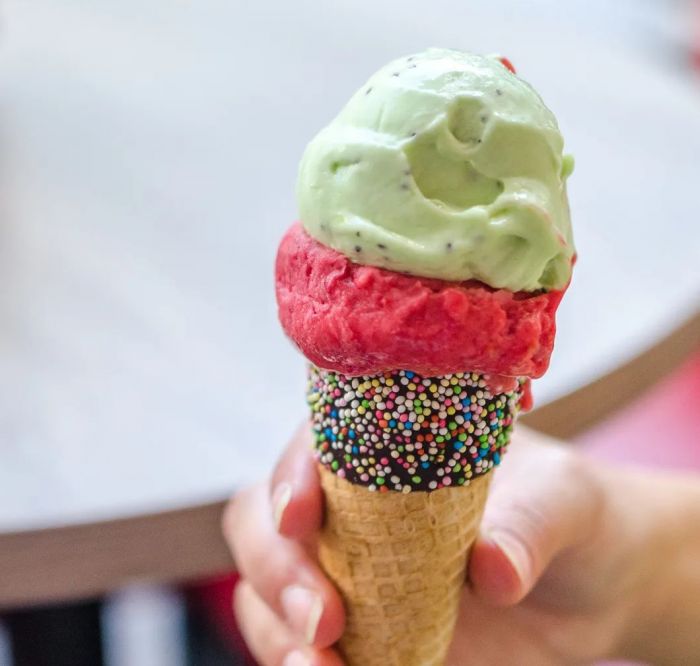 Well, for starters, it was found that if you’re a fan of doing the laundry, listening to jazz music and watching sci-fi movies, then you are most likely to be a fan of strawberry ice cream. Interesting find. Would you agree, strawberry ice cream lovers? Let us know please.  And if you’re a fan of vanilla ice cream? Then (according to the poll at least), then you’re the most likely to take a dare in the truth or dare game that we all know and have a love-hate relationship with.  For chocolate lovers, it was found that they are more likely to choose a truth over a dare.

It was also found that those who prefer vanilla ice cream tend to be more introverted personality types and to prefer dogs rather than cats. Vanilla ice cream lovers on average were also shown to enjoy doing the dishes more than the laundry, and also to be more night time kind of people. As you could have assumed, chocolate ice cream lovers were found to be the opposite – meaning more extroverted kinds of people, and prefer pop music and romantic comedies.