Humans have been pushing the boundaries as long as we’ve existed. Records are broken and new ones are created all over the world every day. As early as 1797, humans began exploring jumping with parachutes and in 1919 the first intentional free-fall jump with a ripcord-operated deployment was made. A lot has changed and been improved since then, and it has become both a recreational activity and utilized by the military as a way to deploy troops.

Skydiving is essentially a method of transiting from the Earth’s atmosphere to the surface, controlling speed and using the aid of gravity. In 2012, Felix Baumgartner participated in the Red Bull Stratos project in an attempt to set a new record of the highest skydive. With a military career and a known daredevil, this challenge was right up his street. Millions watched live as he jumped from 127, 852 feet, achieving the fastest speed in freefall at 843.6 mph. He was the first person to break the sound barrier without vehicular power. 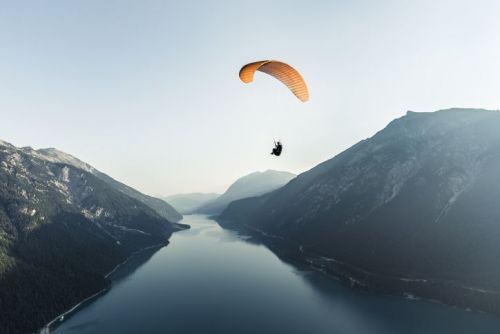 In 2014, a computer scientist called Alan Eustace decided it was time to challenge this record. Like Baumgartner, Eustace used a helium balloon to reach his altitude. However, rather than riding on a platform, Eustace was suspended under his balloon. He reached a height of 135,889 feet, breaking Baumgartner’s record. Eustace achieved a speed of 822 mph and his descent lasted 4 minutes and 27 seconds, covering a total freefall distance of 123,414, setting yet another new record.

Not only have we pushed through the Earth’s atmosphere for parachuting, in February 2021, after multiple test runs over the years, NASA successfully deployed a supersonic parachute to help the Mars 2020 spacecraft to land safely. The parachutes traveled 293 million miles and were specially designed to slow the rover’s descent on the surface of Mars. Thanks to them, the Perseverance was able to make a smooth touchdown.