It is well known that colors have a very strong effect on us and that they play an important role when it comes to our mood. Painting your room with certain colors may make or break your overall mood. Blue, for example, contributes to relaxation and calmness and is thus an ideal color to use at home. Red is associated with excitement, which makes it a great color to inspire people.
Grey, on the other hand, makes people feel exhausted and less energy-efficient and, as a result, should be used in moderation.

What about the color wheel? Did you know it was Sir Isaac Newton who invented it? During his free time, Sir Isaac Newton designed the fundamental color wheel – called Newton disc. It illustrated the relationship between the three color types (primary, secondary and tertiary). To this day, his creation is still frequently used in design industries and the creation of pigment dispersions. The tool proved to be very useful for understanding colors and how they function together. 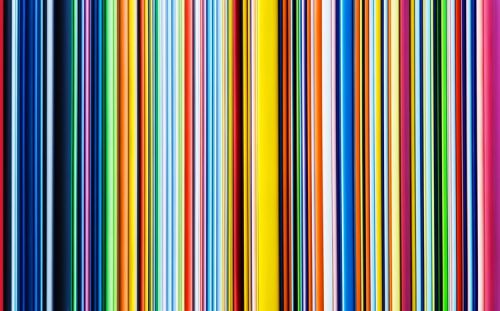 Fear of colors! Fear of colors does exist. This is referred to as chromophobia. The disorder may sometimes manifest itself in people who link a traumatic incident with a distinct color. One of the most prevalent causes of chromophobia is PTSD. With chromophobia, the mind links an event to a specific color, which then provokes a response when the person sees it. Different colors have different phobia names. For instance, fear of yellow is xanthophobia, fear of brown is kastanophobia, fear of white is leukophobia, and fear of pink is rhodophobia. Another fact about colors is that worldwide studies have found that blue is the preferred color of 40% of people. Purple came in second with 14% and the final place was for black.

Colors are associated with different things across the globe. In the West, a bride can wear a white gown because that is the norm. However, in China, the red color is considered lucky and is most likely to be used for a wedding dress. If you ever attend a Buddhist funeral, white is regarded as the traditional bereavement color, whereas at Muslim funerals people are frequently seen in darker shades.