India is a cuisine lover’s heaven, offering countless possibilities to sample regional specialties and titillate the palate. However, because so many recipes have been exported, it can occasionally be challenging to differentiate between genuine dishes and diluted replicas. This list of traditional Indian delicacies you must taste has been put together to aid you in navigating the country’s incredible culinary landscape.

Indian tikka is a meal made of boneless meat, typically chicken, that has been chopped into smaller pieces and marinated in yogurt with traditional Indian seasonings such as turmeric, cumin, coriander, cayenne pepper, pepper, garlic, and ginger. Tandoors, the conventional cylinder clay ovens, are used for cooking meat over charcoal, and the chicken is continuously coated with butter or oil to keep it moist and tender. While tikka is frequently prepared and served atop sizzlers, the plain variants are prevalent. It is commonly confused with tandoori chicken; a baked chicken served with the meat still attached to the bone. 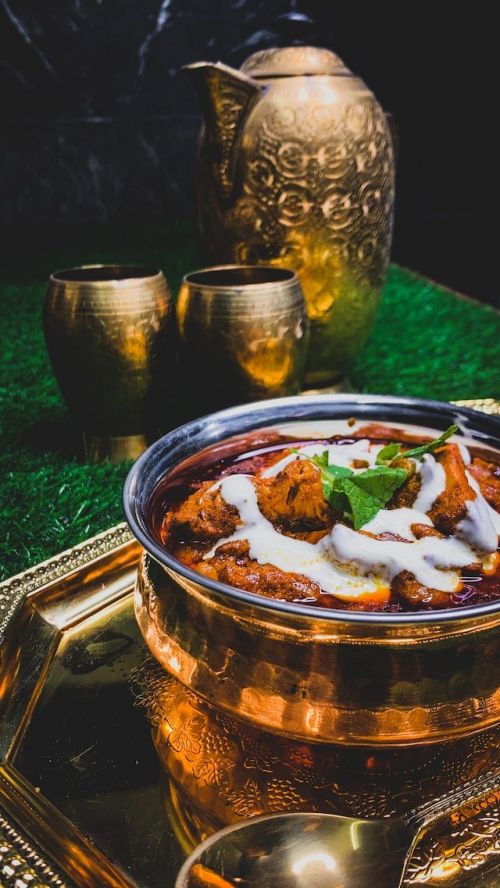 The Indian states of Goa, Konkan, and England enjoy the savory curry meal known as Vindaloo. Usually, it’s cooked using marinated pork. The mispronounced Portuguese meal Carne de vinha d’alhos, which translates to “meat marinated in wine vinegar and garlic,” is the source of the dish’s name. Portuguese explorers introduced the dish to Goa in the fifteenth century, who then modified it to suit regional tastes. The Franciscan priests created their form of wine vinegar using palm wine, as there was none to be found in India. The recipe included a lot of Indian spices

.
Masala chai, India’s most well-known export, is available everywhere, from upscale restaurants to chaiwallahs at train stations. The real stuff can only be found in India, although there are many different diluted variants of this traditional Indian tea available worldwide. Black tea is brewed on the stove with fragrant spices and herbs to create authentic masala chai. Cinnamon sticks, black pepper, and other spices are traditionally used to make a delicious, aromatic cup of tea. Nothing beats waking up early and enjoying a steaming cup of masala chai!