Ah, the chickpea. One of the earliest cultivated legumes and a key ingredient in the Mediterranean and Middle Eastern cuisines. So it comes with no surprise that there is a well-known dispute of where the beloved hummus originated. This dish is made of cooked chickpeas that are mashed and blended with garlic, lemon juice and tahini. Traditionally eaten as a dip and served with pita bread, in the West it is now often served as a snack or appetizer with crackers or crudites.

It is also an important ingredient in Indian cuisine, used in soups and stews, salads and curries. Fried together with some onion, chopped tomatoes, ghee and fragrant spices, will give you a delicious chana masala, often sold by street vendors and restaurants in India. Chickpeas can be ground up and used to make burgers, or deep-fried to give another classic Middle Eastern dish; falafel. 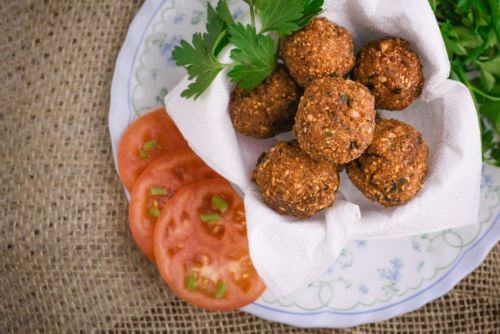 On their own, they can be used in a variety of manners. You can roast them with a bunch of spices for a healthy protein-packed crunchy snack. Why not toss them into a pasta salad, or incorporate them into your next taco night? They’re extremely versatile. There are so many recipes out there using chickpeas in all sorts of foods. There are even some that make ‘mock tuna’. And it doesn’t taste half bad at all!

Allergic to eggs, or cutting back on animal products? Maybe you’ve simply run out. Well, next time you use a can of chickpeas, don’t throw away the liquid when you drain them. This precious liquid is called ‘aquafaba’. It’s magical ability was first discovered in 2014; this viscous liquid can be whipped into a frothy texture, much like that of egg whites. This makes for a super easy egg-replacement when baking, and without the need for stabilizers. It works beautifully in pancakes, cakes, meringues and much more!