March 8 is the day when the world celebrates women. Acknowledging the struggles they experience and endure while being subjected to an array of discriminations in almost every sphere. On International Women’s Day, the world also takes a moment to celebrate all the accomplishments that women have achieved, breaking glass ceilings and moving well beyond the stereotypical expectations that are exerted onto them.

The idea of an international women’s day was initiated in 1910 during an International Socialist Women’s Conference in Copenhagen, Denmark. During this conference, Clara Zetkin, an advocate of women’s rights, proposed the idea that there should be a designated day for women. Whereby they could rally for their demands and celebrate women simultaneously. This idea was well-received by women across the world and around 17 countries agreed to officially celebrate this day. Consequently, International Women’s Day was first celebrated across the world, with Austria, Denmark, Germany and Switzerland being the first. 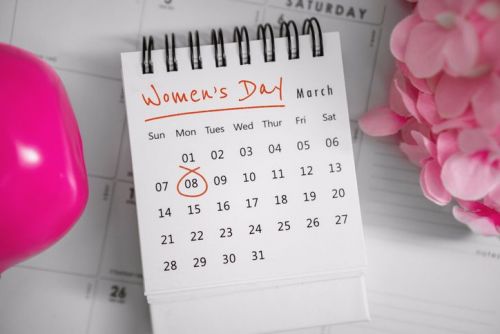 The theme for this year’s Women’s Day was “Gender equality today for a sustainable tomorrow.” The reason for this is related to the fact that achieving gender equality in the face of the climate crisis is one of the biggest challenges of the 21st century. Women are said to be more vulnerable to climate change, in comparison to men. Since women usually lack financial security and tend to constitute a larger proportion of the world’s poor.

The hashtag used for this year’s campaign was “#BreakTheBias”. The purpose of using this phrase was to call onto women to continue making progress to eliminate gender inequality. It also calls onto those in power to work towards making workplaces and legal arenas more equitable and discrimination-free, so everyone has the same playing field regardless of their sex and gender.