One of the best things about having a diverse set of cultures around the world, each with its own rich history, is the foods that have developed and evolved over time in each one. Due to different weather and agricultural traditions, every place has the foods that are more abundant for them, and this is usually where the cool foods come from, that other parts of the world wouldn’t even think of trying.

It comes with no surprise that rice is a common basic food in Japan, and if this does come as a surprise, here’s one word to give you a hint: sushi. But it’s not just the rice grains themselves that are common in Japanese cuisine, rice flour is a super common ingredient and used in so many things. One Japanese dessert, mochi, is made using special glutinous rice, which once cooked is pounded into a mash, shaped into buns, and then stuffed with sweet fillings such as ice cream or a whole strawberry. 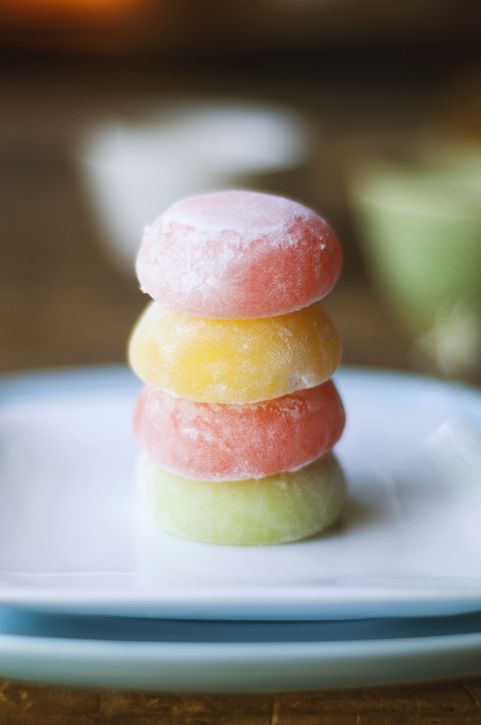 Another common filling for sweet mochi is red bean paste. This is made using adzuki beans; boiling, mashing and sweetening them into a paste. This paste is commonly used in another Japanese confection; dorayaki. These consist of two small pancakes wrapped around the red bean paste. The Japanese street food, taiyaki, is a fish-shaped cake also filled with red bean paste. White bean paste is a similar alternative filling, with a more elegant flavor than the stronger red beans.

On the Japanese islands of Okinawa, there is a purple vegetable closely related to sweet potato. The bright and vibrant color makes it super popular in Japanese treats, with one of the most popular being purple sweet potato ice cream. Speaking of ice cream, there’s a whole range of unique flavors that are quite common in Japan, from black sesame and cherry blossom, to miso, matcha and lavender. Pick a color, and we guarantee there’ll be a suitable flavor you’d never heard of before.