Dogs are often referred to as “man’s best friend”, and nothing truer can be said about this specific dog. Hidesaburō Ueno was a Japanese agricultural scientist and professor at the Tokyo Imperial University. In 1924, he brought a dog from a farm near the city of Ōdate, Akita Prefecture, to live with him in his home in Shibuya, Tokyo. Ueno would commute every day from the Shibuya Station, where his dog, Hachikō, would greet him at the end of each day.

On May 21, 1925, whilst lecturing in a class, Ueno suffered a cerebral hemorrhage and died. Hachikō still went to greet him at Shibuya Station. He continued this routine every single day for the rest of his life. For over nine years, Hachikō would appear when Ueno’s train was due in at the station and wait for his master to return. This, of course, attracted attention from many people who frequented the station, such as other commuters, and workers at the station. Eventually, people started to bring him food and treats while he waited. 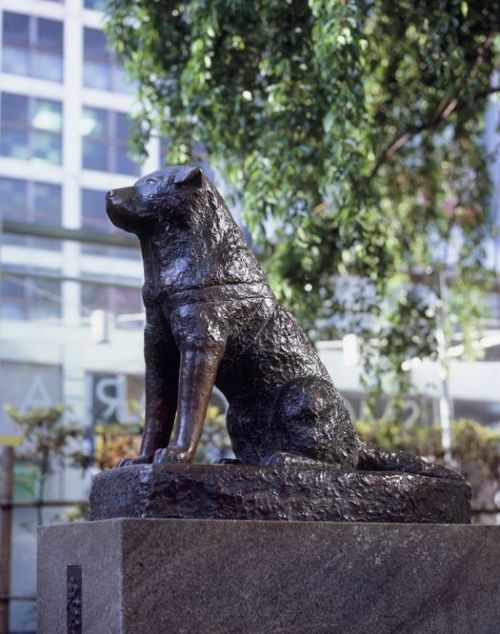 Hachikō became famous when one of Ueno’s students, Hirokichi Saito, followed Hachikō back from Shibuya Station one day and learned his story from Ueno’s former gardener. As Saito began to publish more and more articles about Hachikō, he grew into the national icon that he is today. At age 11, Hachikō died on March 8, 1935. His remains were cremated and ashes buried alongside his beloved master. Every year on March 8, a ceremony is held at Shibuya Station, where hundreds of dog lovers commemorate Hachikō’s honor.

In Japanese culture, Hachikō is held as an example of loyalty, appearing in pop culture, movies, and books well after his death. A statue was erected in 1934, in honor of Hachikō and his loyalty to his master. Although it was recycled during World War II, in 1948 a new statue took its place outside Shibuya Station, where it stands to this day. In 2015, a different statue was unveiled outside the University of Tokyo’s agriculture department. In honor of his 80th year of passing, the statue shows Hachiko reuniting with his master, Ueno.