Korean cuisine has developed via a complex interaction of the natural environment and many cultural tendencies, origins in traditional agricultural and nomadic practices in the Korean peninsula and southern Manchuria. Throughout many eras, Korean food has evolved. The meals and spices vary by province, yet many provincial foods have gained national recognition, and recipes that were once local have spread across the nation in several iterations. The staples of Korean cuisine include rice, veggies, and meats. The variety of side dishes served with steam-cooked short-grain rice distinguishes traditional Korean dinners from other cuisines.

Except for being slightly lighter, a traditional Korean breakfast is not all that different from the other meals of the day (or with fewer banchan or side dishes). The typical breakfast consists of rice, a small bowl of soup or stew, and a variety of banchan. The Egg and Tofu breakfast, a less complicated option, consists of an omelet with vegetables, tofu in seasoned soy sauce, rice cooked with red and black beans, radish kimchi (kaktugi), and Korean coleslaw. Tost-u, or gaeran tost-u as it is more often known, is similar to an American egg sandwich but is distinctively Korean since it includes cabbage and is generously dusted with brown sugar. 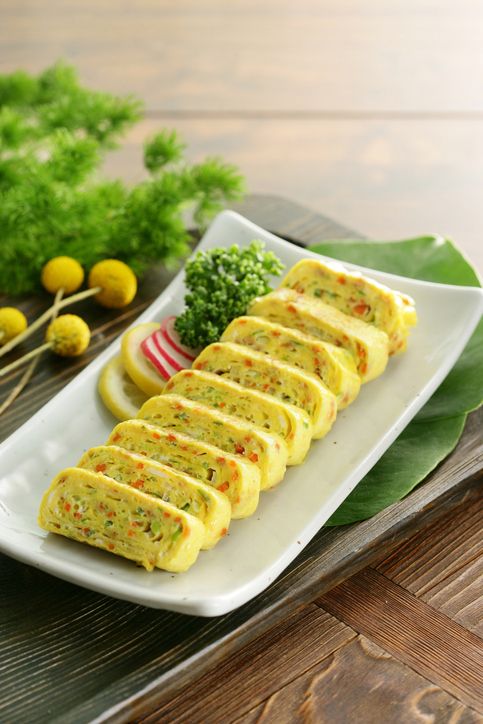 The Korean egg roll, also known as gyeranmari, is a quick and easy breakfast option. Additionally, making it is quite simple. You can whisk a few eggs and other ingredients, such as mushrooms, carrots, asparagus, green onions, or any other vegetables you choose together. Jeon, or Korean vegetable pancake, combines ground meat and some vegetables, typically squash and Korean zucchini, with an egg and flour batter. Typically, a hot dipping sauce is offered with the pancake.

A different form of the popular Korean morning dish is chicken porridge or dakjuk. On a chilly morning, this creamy chicken porridge will keep you warm. Like chicken soup is offered when you’re unwell, it is typically served as comfort food. You can also try this delectable stew made with soybean paste, known in Korean as doenjang jjigae if you want a stronger flavor. Doenjang jjigae is typically served with rice, a banchan, or a group of side dishes. This substantial meal mostly consists of tofu and soybean paste and is fairly strong in protein.