Let’s Face It: Kids Are Silly

All parents have one thing in common: their never-ending attempts to keep their children from doing things that could hurt them. Unfortunately, kids have the most incredible imaginations; they can convert any household object into a play and use any wall or piece of furniture as a painting. This can be a significant source of frustration for parents. If they’re not a second away from a trip to the hospital because of their silly stunts, they’re cutting stuff or wasting things that cost money. Let’s go through some things kids do that can be funny, dangerous, and frustrating at the same time. 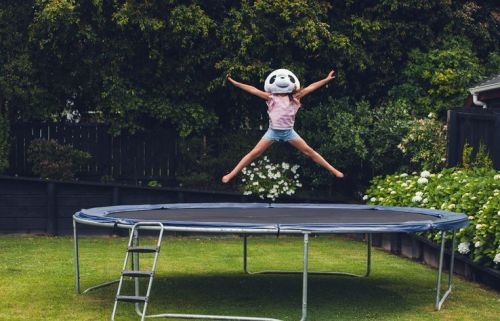 We recently encountered a Twitter thread where family members had to break a beautiful jar because their baby boy somehow got stuck in it. How? We guess we’ll never know. Now, imagine turning around for a bit, and the next thing you see is your kid on top of the fridge, attempting to form a superhero and jump down. Funny yeah? But we bet those parents’ hearts were in their mouths for the briefest seconds.

Or let’s assume you thought your daughter was asleep or doing her homework for a few hours. Guess what? She’s not sleeping but doing arts and crafts with your money, cutting face shapes out of it. Another kid almost gave her mom a heart attack. Imagine walking around your house and seeing a short creature that’s all hair and nobody just moving around. This mother thought the Igbo God, Amadioha, had visited her and was frightened. It was nothing to worry about, though, as her daughter was just being a mini slay queen and trying on a few looks with a wig. Let’s face it, kids will frighten you with their antics 85% of the time, but amid the anger and frustration, they make life worth living, and you can’t deny how much you love their silliness.