Just recently, Miley Cyrus added another cover song to her repertoire, when she delivered an astounding rendition of Billie Eilish’s recent hit single “My Future.” The singer’s latest venture into performing songs sung by other artists took place during a recent appearance on BBC Radio 1’s Live Lounge. This is not the first time the American pop singer has done her own spin on another artist’s songs. But considering Eilish’s worldwide popularity, it is likely to go down in history as one of her most memorable covers. Of course, in true Miley Cyrus fashion, the singer turned “My Future” into an almost entirely different song by adding some unique twists to the original track. One thing is for sure: fans of the two American pop singers are undoubtedly thrilled with this latest cover.

During the same BBC appearance, Miley Cyrus also gave a performance of her own latest song “Midnight Sky.” The song is set to be the first single on Cyrus’s upcoming studio album She is Miley Cyrus. Fans have been eagerly awaiting news from the pop star as to when the album is set to drop, but currently, the release date is still a mystery. She is Miley Cyrus will be Cyrus’s seventh studio album and her first new album since 2017’s Younger Now. 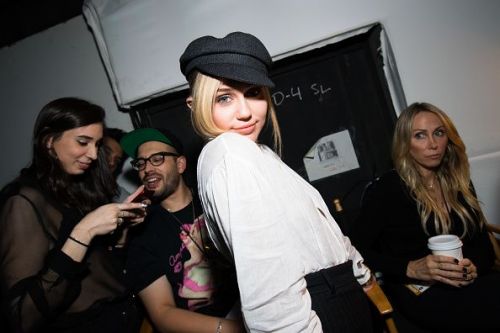 While she hasn’t released an album since 2017, the 27-year-old spent her time working on some other interesting projects over the past few years. For example, in 2019, the singer released an extended play record called She Is Coming. The EP contained six new songs and received critical acclaim, coming in at No. 5 on US Billboard 200.