Mouse-Deer: Not a Rodent, Nor a Deer

The chevrotain, also known as mouse-deer, is a fascinating animal. Native to the rainforests of Central and West Africa and South and Southeast Asia, it is the smallest hoofed animal in the world. While the Asian species weighs between 1.5 and 17.6 lb, the African species is considerably larger at 15–35 lb. The average length of a mouse-deer is about 18 inches and the average height is 12 inches. Most importantly, despite its suggestive name, it is not a rodent nor a deer.

Notoriously elusive, the mouse-deer is most active at night, making sightings extremely rare. It is also territorial, protecting its small territory with a pair of tusk-like canines. For protection, some species of chevrotains can even submerge themselves underwater for over 5 minutes. 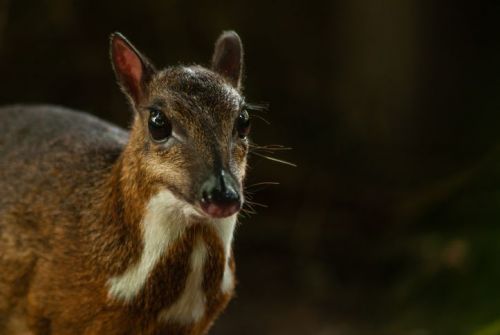 While the mouse-deer is considered an endangered species, it is thankfully still not extinct. Back in November 2019, a species that hadn’t been seen for nearly 30 years was found alive in Vietnam. Using camera traps, conservation scientists managed to capture on film silver-backed chevrotains foraging for food in a Vietnamese forest. Expedition team leader at Global Wildlife Conservation (GWC) An Nguyen explained, “We had no idea what to expect, so I was surprised and overjoyed when we checked the camera traps and saw photographs of a chevrotain with silver flanks. (…) Discovering that it is, indeed, still out there is the first step in ensuring we don’t lose it again, and we’re moving quickly now to figure out how best to protect it.”

×
Is Rinsing Pasta Always a Bad Idea?
There's a time and place for everything.
Andrew Parker Oct, 11
Inspiring
Share