Before the pandemic, hugging was something we did on a regular basis. A simple form of affection to show someone we care about them. January 21st became a day to celebrate hugging in the year 1986. It soon became a popular holiday, because who doesn’t love a warm hug? Kevin Zaborney, the founder of this national holiday, wanted to create a day in between Christmas, New Years and Valentine’s Day, to keep people’s spirits up.

It is believed that the word ‘hug’ comes from ‘hugga’ which means ‘to comfort’ in Old Norse Language. Despite appearing over 450 years ago, only in the past 50 years has hugging in public become acceptable. It is thought that this change occurred along with the reduced formality in society, both among dress codes, and manners between relationships. It is now more acceptable than ever to show emotion in public, and that’s exactly what the purpose of this day is. 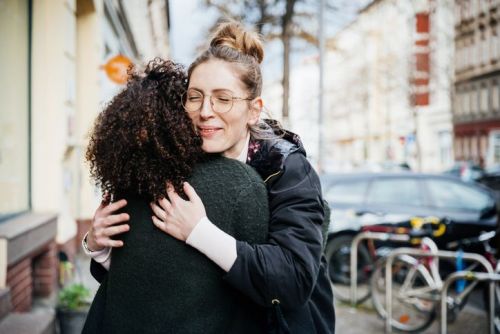 The benefits of hugging include reducing stress and producing oxytocin which makes us feel happy. In 2004, One guy in Sydney was so inspired by hugging, that he began a campaign to give out free hugs to strangers. Despite being one of the simplest ways to show affection, as a society, it’s not practiced enough. This holiday is a great reason for us to hug the ones we love, and maybe even reach out to people we’re not that close to. It’s a way for us to show support, compassion and understanding.

In order to celebrate the occasion, there are competitions for who gives the best hug on the National Hugging Day website. This year, why not hop on the ‘virtual hug’ bandwagon to reach far and wide. While this phenomenon has been around as long as the internet, this year it’s especially important as a bid to help combat those who are isolating, or simply feeling isolated. A great way to celebrate is just to hug yourself. It might sound weird, but self-love is more important than you realize, and it can start with a self-hug.